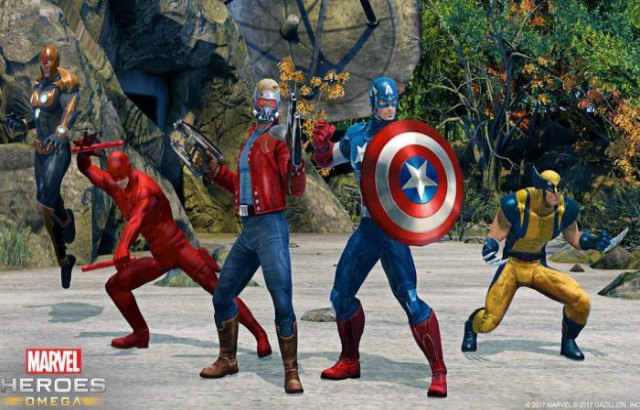 Marvel Heroes 2016 will be launching on the PlayStation 4 in the Spring. Developers Gazillion Entertainment also announced that the PS4 version will be called Omega.

The differences between the PC and PS4 versions are minimum. Omega will essentially be the same game set in the same Marvel universe. The characters, story and lore will also be consistent. In other words, this is a solid port that aims to bring the fun to console players. There have been no word on an Xbox One version as of yet.

In a blog post on the forums, the developers have also shared more details regarding Omega. At launch, the game will only have 38 playable Heroes as opposed to Marvel Heroes’s 62 currently. This is to be expected considering it’s a brand new title on PS4. Players will be able to use Captain America, Spider-Man, Iron Man and a few other fan favorites though, so cheer up!

With regard to the game’s PVE story mode, a large chunk of it will be playable at launch. Chapters 1-9 are included right from the beginning, on top of Legendary Missions. Marvel Heroes 2016 is also known for its Hero cosmetics, so PlayStation 4 players will be able to collect hundreds of costumes for their favorite superheroes.

It’s important to stress that there will be no cross platform play. You dedicated accounts and games on both the PC and PS4 will be separate. Overall this is still great news for console Marvel fans. Will you be playing at release? For more information, check out the Omega post.