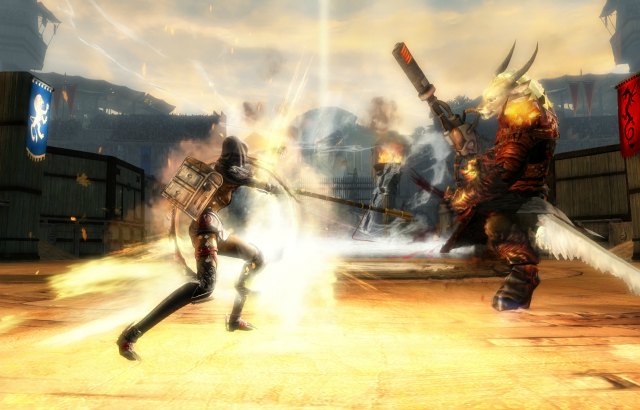 Guild Wars 2 is going all out to improve its PvP modes this month. In a new article announcement, ArenaNet reveals some really exciting news that will excite the competitive crowd.

Some big changes are coming to World vs World starting June 6. The updates includes an improved LGG, new rewards and skirmishing updates. The team are striving to make skirmishing in WvW fun and rewarding for all players. On top of that, there’s going to be a new UI. More information will be shared in an upcoming blog post.

The second PvP update arrives on June 13th and that’s the return of the PvP League. Leagues have been a staple in Guild Wars 2 over the past couple of years. For PvP players, it’s a means to continuously progress their characters up the ranks. So for all of you waiting to get back into competitive PvP, League Season 7 is almost here.

And finally, a brand new automated tournament is inbound for structured PvP. Arriving on June 20th, new daily tournaments will be introduced for a chance to qualify for a monthly tournament. These will earn players prestigious rewards and fame. Structured PvP will also receive tweaks with a new custom arena map for 2v2 battles coming. Finally, there will be a new PvP lobby to hang out in! Overall, a fantastic month for GW2 PvPers.