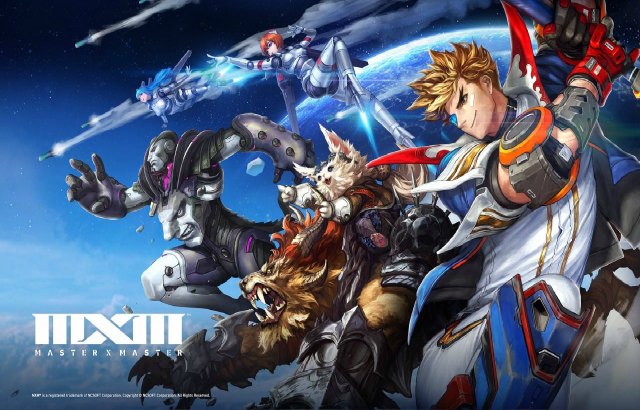 So, last time out we talked about the very first few impressions that Master X Master has left on me. Today, let’s go over some of the systems that matter, and why this MOBA is actually worth checking out. A lot more players are entering the beta this weekend, which is great. Matchmaking has been easy, and the level gap between players is only between 3-4 levels which is great for balance. Now, let’s talk about some PVP modes.

The first PVP mode that players will encounter in Master X Master is the 3V3 Combat Arena. The idea is pretty simple. Three players in teams of two do battle in a small arena enclosure, filled with obstacles that can be used as cover or leveraged for height. The gameplay mechanics remain unchanged. You may select two Masters two swap between at the load out screen. The objective is pretty much simple – destroy and kill opposition players as many times as possible. The team with the most kills and points after five minutes wins the match.

I have never been a part of a simpler and short game mode in a MOBA, that’s actually bloody fun to play. The short time limit ensures that everyone is going crazy using their best skills right from the get go. This makes the mode incredibly fast paced and jam packed full of action. This has been my favorite mode to play PVP in the closed beta.

Titan Ruins mode is perhaps the most familiar for any other MOBA players. This is your traditional ‘lane’ game mode, where players attack three lanes, destroying towers and minions to get to the enemy base. There is a core in there that must be destroyed to win the game, and the alternative is to hit 1000 points (which can be done through player kills) to win. Sounds normal yes? Boring yes? Well hold on. Master X Master has spiced things up significantly here.

Every 100 points, the team that scores it spawns a Titan. Titans are these huge collosal machines that wreck havoc on the map, dealing large AOE damage that’s suitable for pushing lanes, destroying towers or the core at the enemy base. They are also incredibly hard to kill. The balance of these matches will come down to which team can secure the Titan play best, and that’s not the best part. Players can also become Titans by picking up Titan boost drops, and the team can vote on that player to become it. So you can in fact, control a Titan which adds that strategic layer to an otherwise boring and rehashed mode. This has been pretty fun to play in, but if I had to choose between the two modes I’d pick 3V3 Combat Arena any day of the week.

Gaijin Entertainment and Darkflow Software announce that the new military online shooter Enlisted is now available to everyone on PC, Xbox Series X|S and

KRAFTON, Inc. today announced that the number of Google Play Store pre-registrations for PUBG: NEW STATE have exceeded 10 million. The

The world of mobile MMORPGs just seem to keep growing, and there's no better time to pick up your