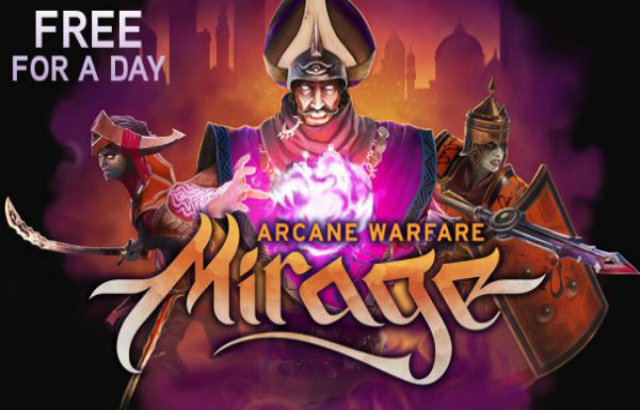 If you haven’t had the chance to check out Mirage: Arcane Warfare, you’re in for a treat. The game will be free to play for a day on Steam, and you’ll get to keep it forever.

Beginning September 6th at 10am Pacific, players will have a 24 hour window to download the game and keep it permanently. After the window closes, the game’s price will drop by $10. Mirage: Arcane Warfare got a decent amount of hype at release, but not enough according to developer Torn Banner Studios. In an official post, they disclose why the promotion is necessary.

“Mirage launch sales were poor. More than anything, we’re disappointed for the players who stuck by us and did buy Mirage—but who have struggled to find people to play against.We just want people to play the game we spent years making”

The game is indeed on the slide, with Steam Charts analytics showing no more than 7 players online at peak times. That is horrible numbers especially for a PvP centric shooter game. Hopefully, the free promotion will breathe some new life into this fantasy shooter and keep it afloat for some time. To learn more, check out the official Steam Store page here.