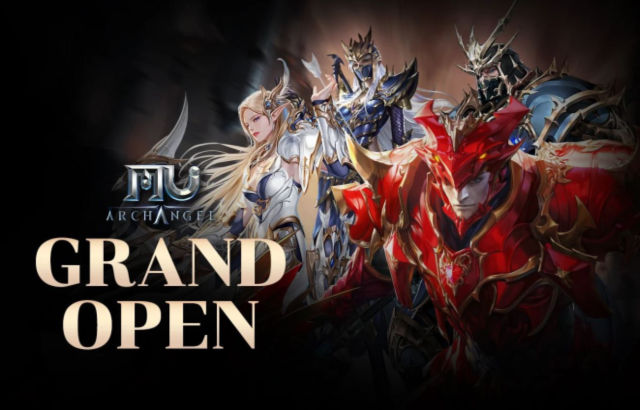 Webzen has announced that its new mobile MMORPG MU Archangel is now available on Android and iOS in Southeast Asia.

MU Archangel is a new mobile MMORPG and a spin-off of the original MMORPG MU Online that provides classic MU elements that fans of the franchise all know and love, such as Devil Square, Blood Castle, World BOSS, Ancient Battlefield and much more.

Following the huge success of the previous launch in South Korea, Taiwan, and Vietnam, MU Archangel is out now in Southeast Asian countries, including Thailand, Indonesia, Malaysia, Singapore, and the Philippines. MU Archangel is now available for download on the Google Play Store and App Store for free, in English, Thai and Chinese.

There are three playable classes – Dark Knight, Dark Wizard and Elf, and players can also choose the gender of the Dark Wizard (male or female) class. After character creation, MU Archangel will allow players to take advantage of a free-to-play game and earn extra EXP and tons of other rewards through various daily quests and farming available in the game.

Players can also join thrilling parties for BOSS raids and guild battles such as Castle Siege, Guild Estate, and Guild Training, and explore exciting new content that suits their playstyle best. To see what is in the game, watch the launch trailer at the official YouTube channel: https://youtu.be/hfvmxj30A1Y

To celebrate the SEA launch, the Archangel team is running various events including the Server BOSS First Kill Event, and the Hall of Fame Ranking Event, as well as extra rewards such as a daily login bonus, Happy Hour rewards, and lv90 rewards. Additionally, everyone who pre-registered for MU Archangel on the Google Play Store or App Store will receive a coupon including Jewel of Blessing, Jewel of Soul, Jewel of Life, and a commemorative title that will support players in their initial gameplay.

To learn more about MU Archangel, visit the official website: http://muarchangel.webzen.com and discuss the game and participate in the latest events, contests and giveaways on the official Facebook page: https://www.facebook.com/MUarchangelSEAofficial