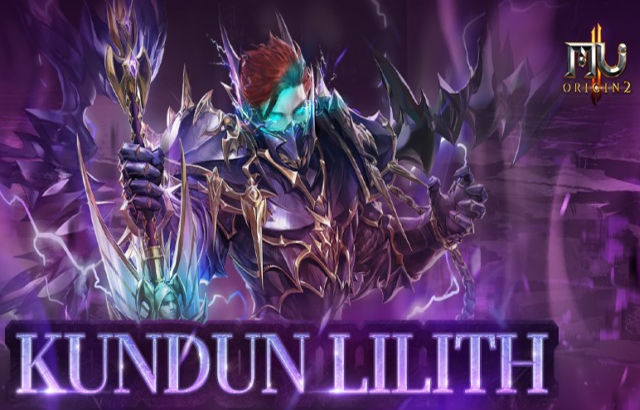 Webzen has rolled out the latest 6.0 update for its mobile MMORPG MU ORIGIN 2.

Kundun Lilith is a new daily event that allows players to defeat a new boss monster named Kundun Lilith, which is available from 18:00 to 19:00. After defeating Kundun Lilith, rewards items will be dropped, and extra rewards will be given in accordance with the ranking score.

The Land of Lust is also coming in this update and awaits players with various in-game items and bonus Zen. In the Land of Lust, players can defeat the monsters for 30 minutes, after which they will be teleported back to the world map.

In addition, the update includes newly added systems to help continue boosting your character’s power. With the new Divine Source, players can tap into the original source of their Divinity and gather primal sources for enhanced combat abilities.

Furthermore, the Awaken Emblem system, which helps players gain more powerful defense properties, and the Awaken Soul system, which allows players to grow the power of the elements, are both now available to help to increase their Combat Power.

With the above additions of new content, the MU ORIGIN 2 team has also fixed several bugs along with the improvement of the present content. For more detailed information on the update, watch the MU ORIGIN 2 6.0 Update Trailer on the official WEBZEN YouTube channel: https://youtu.be/QIUpArQMwVU

MU ORIGIN 2 is available over on the Google Play and App Store in English, Portuguese, and Spanish. To learn more about MU ORIGIN 2, players can visit the official website: https://muorigin2.webzen.com/ and participate in the latest events and giveaways on the official Facebook page: https://www.facebook.com/MUOrigin2Global/