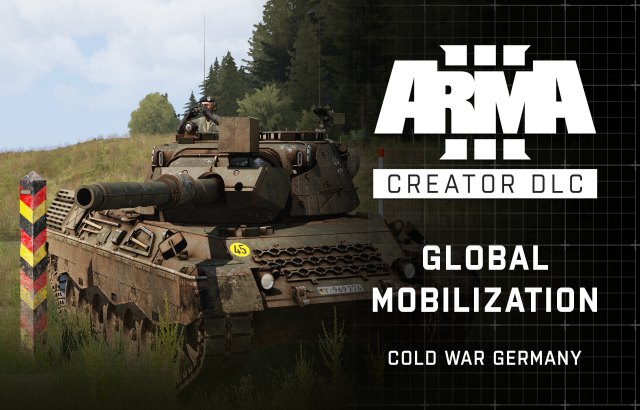 Global Mobilization – Cold War Germany takes Arma back to the 1980s, and deploys players to northern Germany. Besides a massive terrain, the DLC features tons of new vehicles, weapons, clothing and gear, plus a singleplayer campaign and a range of multiplayer scenarios. Its developer, Vertexmacht, consists of a two-man team with extensive experience in both professional game development and military service, as well as a longstanding history of participating in the Arma modding community.

A more detailed product description can be found on Global Mobilization’s Steam or Bohemia Store page, where the DLC is available for purchase for 19.99 EUR / 22.99 USD / 16.99 GBP (with a 10% early bird discount this entire week).

With Creator DLC such as Global Mobilization – Cold War Germany, Bohemia Interactive aims to provide more original quality content to Arma 3 players, create an opportunity for outside talent to earn a financial reward, while also making it possible to invest more into the Arma series’ long-term future.