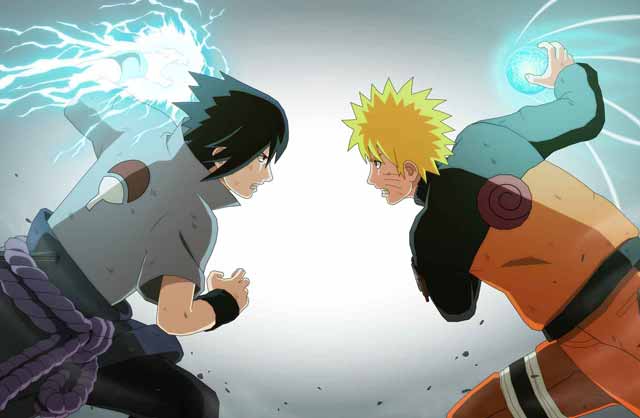 When it comes to anime, even non-watchers would know of Naruto. Naruto was the world’s popular manga, anime and inspiration designed and published in 1997 by head writer Masashi Kishimoto. The show has 220 episodes in Naruto and is coming to an end with currently 485 episodes as of 2016. Coming back to this game, could it be as successful as the franchise had depict it to be? We’ll see!

Off the bat, it is horrible. How can a game start of horrible before even playing it. The characters are not only gender-locked but non-customizable. One character is available as per element of the game: Fire, Water, Earth, Wind, Lightning. When you enter the game, its as if you had performed a Shadow Clone Justu. There is literally hundreds of you around the game, looking exactly like you. This really disrupts the immersion in game and kills whatever uniqueness your character had.

Visually, the graphics are not the best, but it is suitable for the style it is going for. The skills dished out are great and appealing as it is flashy in every possible way. Combat system features a turn-based roleplaying game much like the Ninja Saga Online on Facebook game. While this game brings back some old memories of turn based RPGS, I assure you the developers could have done better.

Quests however, are extremely generic. They involve talking to NPCs to clear quest, rarely any collect quest and almost 99.99% fighting someone or a few people. It is tough enough that it has outdated graphics and combat system, they least they could do is make a story or quest that is interesting enough for players to live off of it for months.

In this game, your squad or your team can comprise of 9 members including yourself. Over time you unlock special characters and to actually add them, you are required to spend gems. Gems are of course, the in-game currency of the game. While I am not sure as to whether you may attain these by just playing, it seems the game is already a pay-to-win system. What a let down, just beating a crippled player to the ground.

One thing good about this game is that the quest and instances relives the anime scenes and comic of the game. A notable example is Sasuke and Naruto kissing after attempting to challenge one another by a staring contest. I’ll admit that was pretty hilarious. This excites me as it stays loyal to the plot while allowing your character to fit in with the plot. But I love that you get to relive and meet notable characters in game and make an influence of yourself.

The game does not allow you to choose and place skill point system. But it relies on items and levels unless you’re willing to pay-to-win. Coins are spent to upgrade the same equipment therefore, restricting any new items gained or possibly none at all. Essentially, this game is enticing players to spend more money just upgrading their character in every possible measure.

It also appears each character on your team may have one skill selected, one auto attack and four passive skills equipped. Honestly, why? The whole point of the game is to allow players to perform multiple types of ninjutsu or skills after learning them. Instead, it mean that spending gems and having more characters join you in your team is a must. So much for dreaming of being a mysterious roaming badass character.