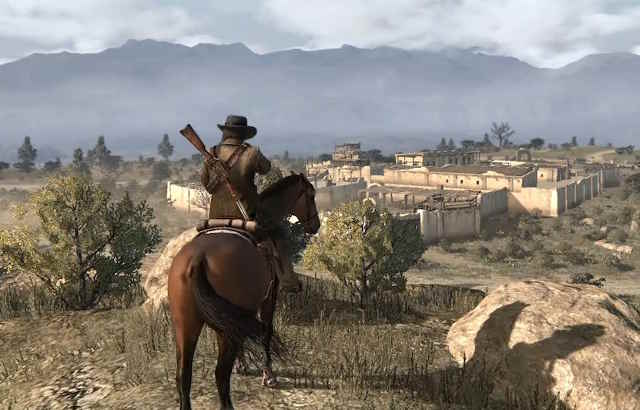 In a recent conversation with gamestop, Take Two CEO, Strauss Zelnick, discussed the next big lunch of his team, Red Dead Redemption 2. If you haven’t heard, RDR2 will lunch in the fall for PS4 and XBOX one. I expect a PC version coming later, because GTA 5 was released for consoles way before it was for PC. Red Dead Redemption 1 is an excellent game, with a huge map and a tremendous story line. It is 7 years since the game arrived, so it’s a good time for a sequel or prequel. Zelnick hasn’t revealed many details, he didn’t mention the time of the game nor the main story line. However, some insights from the conversation are available through the science of deduction.

First, multiplayer. Zelnick did mention that RDR2 will feature online gameplay, he suggests that the new game won’t cannibalize the GTA Online playerbase. In his opinion these are great games that appeal to different audiences. I have played a lot of online games but an open world Wild West RPG is extremely unique. I’m thinking a game like Westworld on steroids when I think of RDR 2. The last RDR was for ps3 and xbox 360 where multiplayer wasn’t the main feature. With the next generation of consoles enabling more multiplayer I think that RDR 2 is going to be something special.

I hope to see the RDR franchise building his reputation like GTA has. I have played GTA 2 in 2D and it was awesome. Rockstar Games and take two have definitely took a good game and made it brilliant with all later releases. If i can trust someone to deliver a great game it’s definitely Rockstar and Take Two. I’m looking forward for the RDR2 release in the next fall and i’m certain that it’s going to be amazing.