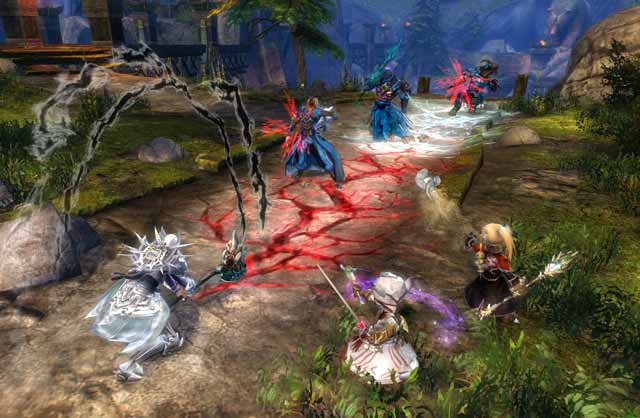 Season 5 of the Guild Wars 2 PvP Leagues has officially begun once again and this season has arrived with major changes. ArenaNet has explained the reason behind these changes in an official blog post; according to the developer, these changes have been implemented in an attempt to make the PVP League more competitive environment, ensuring the system is better able to match skill to the appropriate division and to provide consistent rewards.

The biggest change to the the PvP League system is the new MMR system; this Season will no longer use “pips” to assign players to different divisions which should provide a faster matchmaking system also. Party sizes are now limited to two players which means players will no longer need to deal with large premade teams in ranked matches.

Other changes have also been made to how the game registers and measures skill so that each player has a visible skill rating based on their division and ability in matches; Guild Wars 2 will now feature more traditional divisions which are usually seen in other games and players will be able to earn rewards in accordance to their division once the season ends.

This new system will encourage players to keep playing the game to avoid their points from decaying; it now allows players to go down in the rankings if they lose matches or become inactive for a period of time. To match this change, the personal score system has also been changed to better match how individual players contribute to matches so that players can see how they’re improving as the season continues.

The blog post has been released by ArenaNet which goes through more of the changes which have been made to the system and goes into more detail about each point.

While the new ranked PvP season is getting underway, the Wintersday event has also begun where players can complete winter themed quests and collect a range of rewards until the end of the event in January.