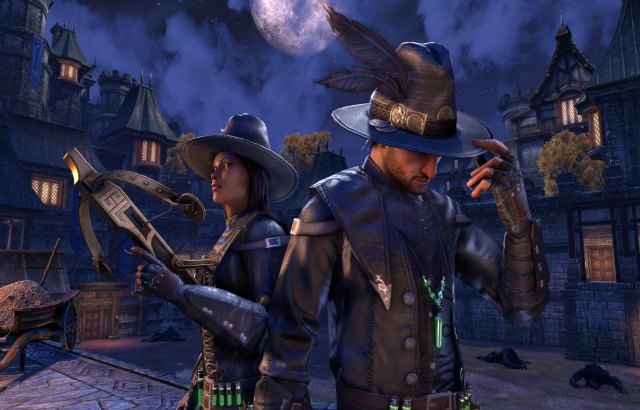 The Elder Scrolls Online is ready to unleash the Wolfhunter DLC soon according to an official blog post. Also coming with it is Update 19, a free base game update. Update 19 will introduce a brand new PvP Battleground map, in addition to some core game play changes.

The Wolfhunter DLC game pack will be free to all ESO Plus members and available for purchase from the in-game Crown Store. This new DLC game pack challenges teams with two exciting werewolf-themed dungeons: March of Sacrifices and Moon Hunter Keep.

The new Istirus Outpost Battleground is located along Cyrodiil’s southwest border, and features fortified stone structures and walls that should seem familiar to those who fight in the Alliance War. Istirus Outpost, however, has some unique twists that set it apart from other arenas.

Firstly, the map is only semi-symmetrical, meaning how you navigate the arena will differ depending on your team. In previous Battlegrounds, each team has been able to move around the arena more-or-less the same way, but now you must develop your map knowledge early to ensure you can navigate it as quickly as possible.

Players will also be able to respect effectively soon. You are able to make smaller, more precise changes to your Skills thanks to the updated respec system. With this update, when you reset your Skill Points, you are able to remove Skills individually and are not forced to re-add all of them from scratch, much like how you respec your Champion Points. You can clear all your Skill Points like normal if desired, but this new system will mean that if you only want to make a small change to your character’s Abilities, you can