New Raid, Flying and Mega-Dungeon Coming To World of Warcraft In Chains of Domination

New Raid, Flying and Mega-Dungeon Coming To World of Warcraft In Chains of Domination 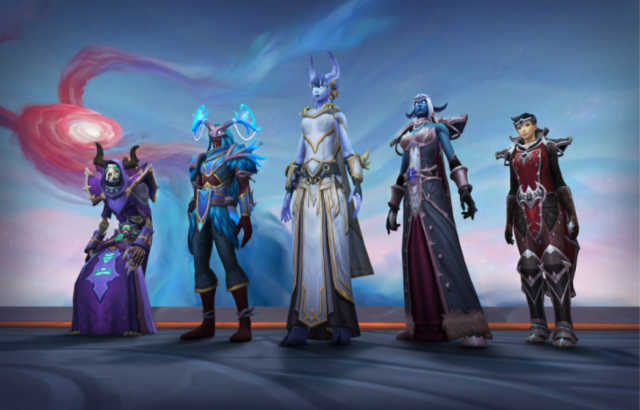 This past weekend’s Blizzcon Online revealed plenty of good news for World of Warcraft players, including the impending arrival of Shadowland’s first major update, titled Chains of Domination. Learn more from the presser snippets below.

The traitorous Sire Denathrius has been defeated . . . but the power of the Maw still grows. In Chains of Domination™, the upcoming first major content update for World of Warcraft: Shadowlands, players will delve into new depths of the Jailer’s hopeless domain, seeking to understand the true nature of his malignant plans. Backed by the renewed might of the four Covenants, the champions of the Horde and the Alliance will take the fight for the Shadowlands to the seat of the Jailer’s power. But the Banished One has a terrible new champion in his service—a cruel instrument of despair conscripted by Sylvanas Windrunner, capable of instilling dread into the hearts of Azeroth’s heroes like no creature of the Shadowlands.