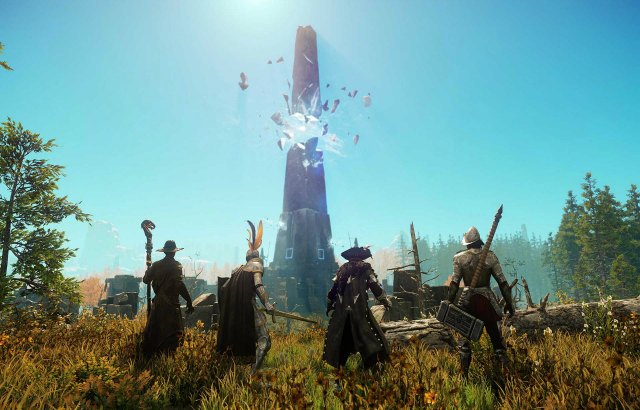 For eager folks that were patiently anticipating the launch of Amazon’s New World MMO next month, tragedy has struck. In an announcement post last week, the studio has decided to push back the launch to Spring 2021, a whole year from now.
Originally scheduled to launch next month after a beta period, the decision to delay comes as Amazon admits the game has shortcomings, after absorbing the feedback of its alpha players, who have been testing the game since its announcement back in December 2019.
Currently, the studio is looking at beefing up its middle-game and end-game to offer more immersive gameplay for all players, which makes sense as New World went through some major changes a few months back, most notably ditching its PvP-heavy content for a mix of PvP and PvE.
For players that have pre-ordered the game or signed up for beta, not all is lost. You will still be able to test a version of the game in its current state of the original launch date of August 25th 2020. Check out the full post here.