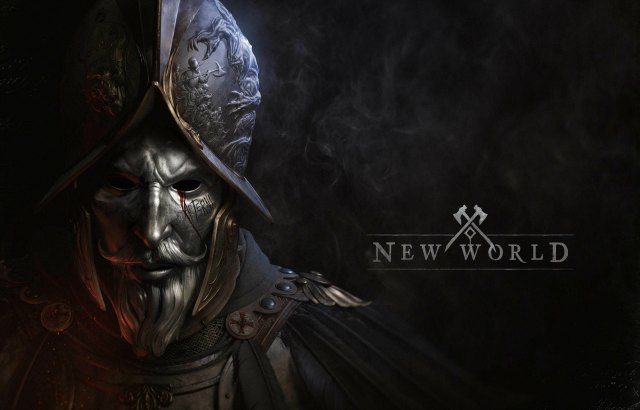 New World is the next AAA MMORPG from Amazon Game Studios, and in the recent Summer of Gaming Expo from IGN, the developers made an appearance to talk about one of New World’s core PvP feature, War Mode. Here’s what we’ve learned so far.

War Mode Is Chaotic and Fun

In a nutshell, New World’s War Mode pits 50 players against another 50, and one side attacks, the other defends. Defend what? Settlements. These are towns across the world that guilds can occupy for benefit, and other players can challenge the current rulers to overthrow the settlement via War Mode. 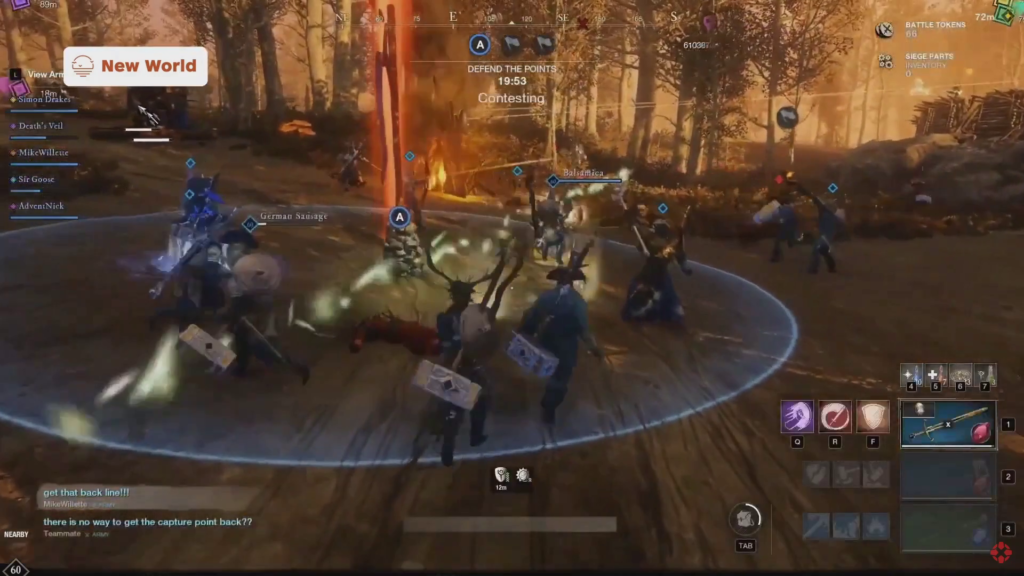 When that happens, a 30-minute match ensues where attackers try and take the settlement, while defenders will utilize a host of siege weapons and other strategies to hold the fort. Around the map, there are capture point objectives that players can take, and all round participation gives you battle tokens to spend. Having witnessed the action first-hand, it’s a fantastic PvP offering that will engage players in combat and team-work.

Settlements are the Real Prize

The entire reason War Mode exists are because of settlements. While players involved will obviously do their best to get their kill counts up and earn those tokens for other rewards, the real prize is keeping the settlement in their ownership. 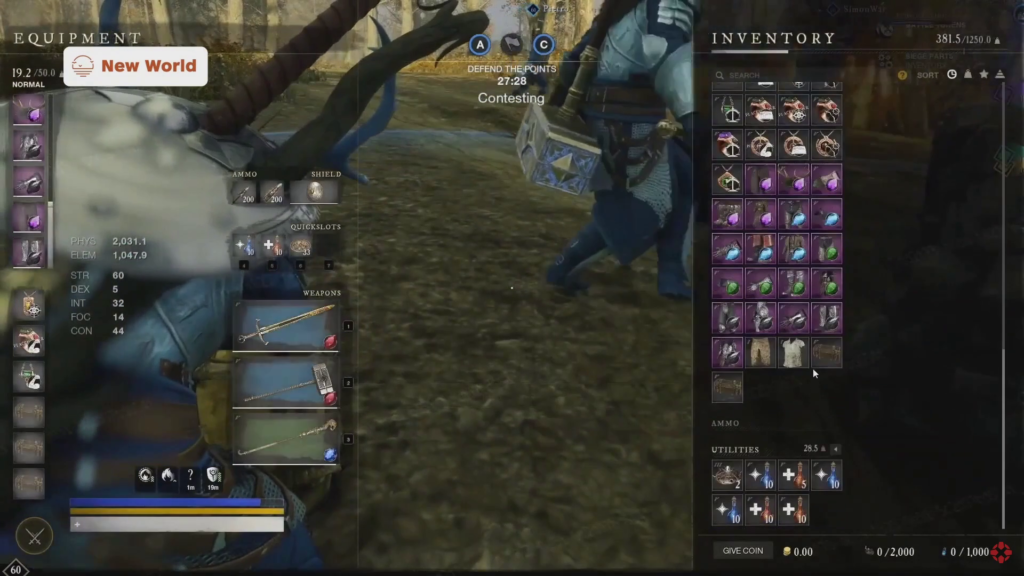 Why? Because settlements allow players to earn taxation revenue, and a well run settlement will make you a lot of money and rewards, according to the developers. Therefore, you can already see the biggest guilds rushing to get hold of a settlement in New World as soon as the game launches, but they will have to hold it in War Modes if they want to keep it for the long term.

To start a War Mode match, the opposing players need to partake in a series of PvP quests in order to determine which 50 players are the attackers. That means, two separate groups of players or guilds, will be in a race to complete these PvP quests and objectives. They can range from things like flag on for PvP and kill 10 players to something more mundane like a fetch quest. Once a winning group is determined, the game is on. 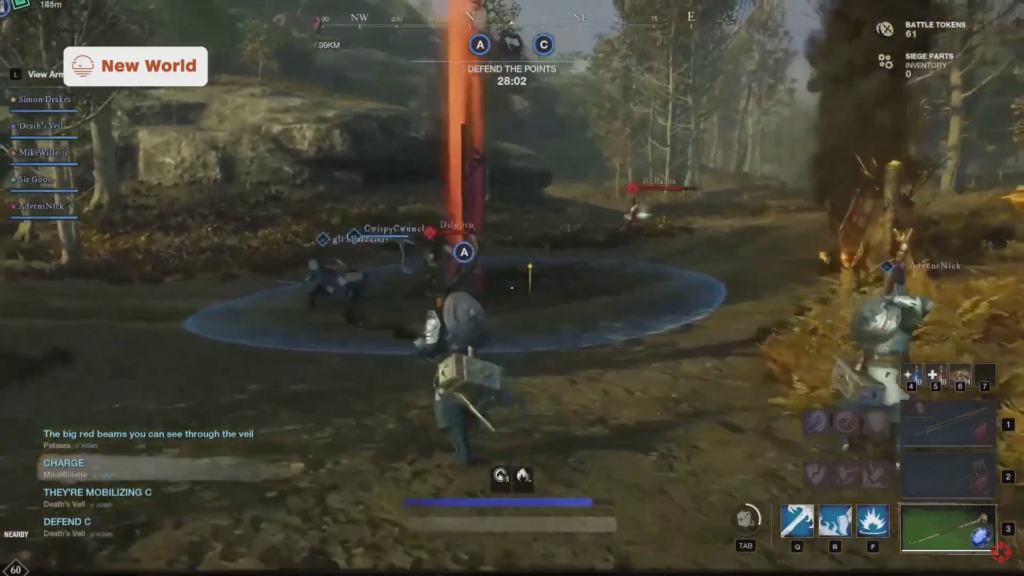 During War Mode, it’s safe to expect a third party to show up. We learned this thanks to Amazon’s Dev Diary a couple of months back, but to refresh your memory, yes, NPCs can and will join the battle of the settlement as a third party. These can be any one of the factions found in New World, and they don’t take sides. So they could be attacking both player groups, which means there’s more chaos to deal with.

Most exciting of all for me at least, is that we got to see plenty more of New World’s action combat system, and it has evolved for the better since its Alpha. Melee attacks using two-handers just looks much better and feels weighted, and every impact is felt thanks to a little screen shake here and there. Ranged weapons like bows and guns just feels a little underwhelming, because they don’t have the same impact. 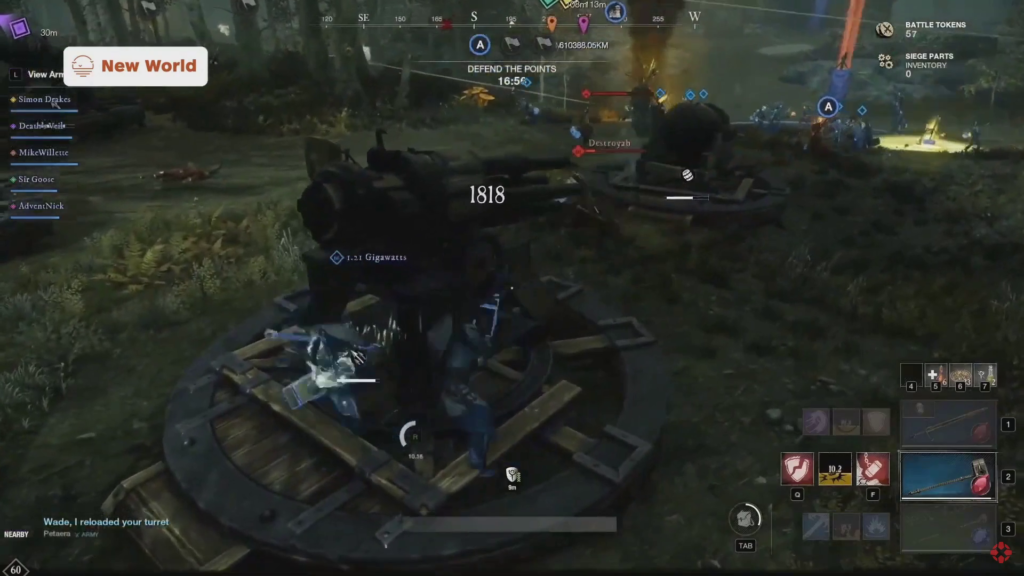 In War Mode, siege weapons are hugely important, and utilizing cannons, rail guns and defensive tools like the hot oil cauldron are all key facets of turning the tide in battle, and it all just looks pretty fun. New World enters closed beta on the 23rd July, and we can’t wait to jump in.