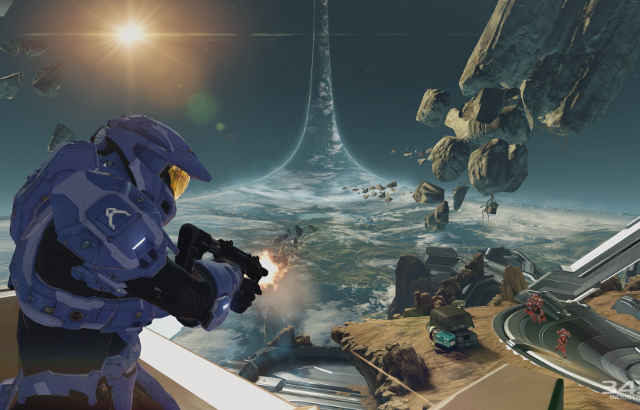 Recent reports have indicated that the next Halo will bring back split screen. In 2015, 343 Industries have released Halo:5 Guardians without the split screen feature. Because of that, fans were furious. The split screen mode is a joy for players to play together, sometimes 4 players at a time can bash each other. The developer claims that they have abandoned split-screen to focus more on the environment and gameplay. However, it’s hard to tell if Halo 5 was a success. Microsoft claim that Halo 5 was a huge hit while GameStop tell otherwise.

I’m confident that the announcement excites Halo players. Multiplayer games connect between people, however, it’s a shame that you can’t connect with the person next to you. There are several games that don’t have the same effect if you play by yourself or with someone you don’t know. FIFA for an example is a game that is extremely boring to play alone. But, if a few friends gather and play, it’s incredible. I don’t know if 343 Industries have decided to bring back split screen is because of public criticism or because of an interest to improve the game.

Depression is the plague of the 21st century and people are becoming more and more distant. Hence, I believe that games should focus on connecting people physically. Co-Op or local Lan Parties are an incredible instrument to maximize fun out of games. Of course, playing locally has it’s limits. But, not everyone has an amazing internet connection or a multiplayer account. Therefore, bringing back split screen will be amazing for people of that type.

The Next Halo after Gaurdians was Halo Wars 2. The game is an RTS rather than FPS, you play from a bird’s eye POV and not First person POV. The trailer looks incredible, but we already know that trailers don’t reveal much. Since Bungie left Microsoft to become independent and released the Destiny Franchise, Halo are trying to bounce back. Halo Wars 2 got crushed in the box office and received horrible ratings. I really hope that the next Halo, Halo 6, will feature straight up FPS gameplay with split screen features