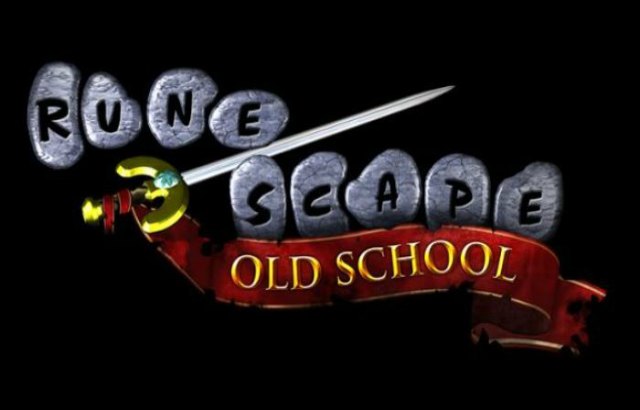 ive years ago today, Old School RuneScape, the vanilla edition of the iconic MMORPG, was propelled into life by a RuneScape player vote and its servers went live. Today, the game that delivers the authentic 2007 RuneScape experience has built on its nostalgic appeal to attract millions of players, become a most-watched game on Twitch and the #1 MMORPG in competitive gaming thanks to its seasonal Deadman tournaments.

To celebrate its fifth anniversary, Old School RuneScape today launches its in-game Birthday Event, which will see successful players rewarded with the ultimate Old School prize: the iconic sword, as featured in the game’s logo, as an in-game weapon.

Old School RuneScape’s combative player-versus-player gameplay has become a massive hit on Twitch with over 6,000 players streaming the equivalent of 16 million minutes of content and over 3 billion minutes of content watched in 2017. Today, Old School is launching a dedicated Twitch channel at https://twitch.tv/OldSchoolRS, which will kick off with a live 5th birthday show from 7pm GMT.

Old School’s PvP play has also has seen it become the #1 MMORPG in eSportsthanks to its quarterly Deadman tournaments, which bring a unique long-form approach to competitive gaming. The Deadman 2018 Spring Finals, which will see the top 2,000 players compete in an unrelenting fight for survival and a $20,000 cash prize, has today been confirmed for Saturday 17th March and will be live streamed on the new Twitch channel.

Mathew Kemp, Senior Product Manager, Old School RuneScape, said:
“During the past five years, Old School RuneScape has evolved from the revival of a classic live game to become a living game with an ever-growing, engaged and empowered community who have helped shape the game and, today, made it the world’s biggest player-driven MMORPG. Just as the game itself was voted into existence by a player poll five years ago, we continue to give our players the vote to decide if our proposed content updates make it into the game. This player-driven development ethos underpins every action we take or, in some cases, don’t take, to decide Old School’s future content and direction.”

“2018 is set to be a huge year for Old School as the game goes multiformat with the arrival of the mobile editions, complete with interoperable PC-to-mobile play. We are currently in the middle of a pipeline of closed beta tests; the feedback so far has more than validated our decision to make the full game available on mobile platforms for new, returning and current players later in the year.”
Old School RuneScape is expanding to mobile platforms with full cross-platform play and a mobile-optimised interface. Sign up for updates at https://oldschool.runescape.com/info/mobile.