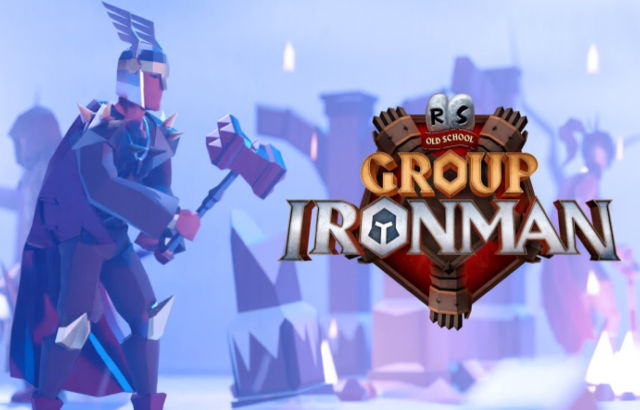 Group Ironman sees players team up to become Old School legends. Teams of two to five players compete together in a fierce contest of wills and skills where they must devise strategies to set new records and rise to the top of the leaderboards. What’s more, unlike typical Ironman, there are no restrictions between team members, allowing them to trade their resources, enjoy shared storage of equipment and even visit each other’s Player-Owned Houses. This unique way to experience Old School is the ultimate social way to play.

Every piece of content that goes into Old School RuneScape is voted on by the players in polls and requires a 75% majority vote to pass. The Group Ironman poll saw more than 140,000 players cast their vote – making it the most player-voted poll in the game’s eight-year history – and achieved a very successful 80% approval rating.

Group Ironman is available to Old School RuneScape members and non-members. Players can create a new account for the game mode and use ‘The Node’ to form new groups or they can form them on their own in real life. So, grab your friends and get ready to prove that you’re the superior fighter.