Opinion: The Division 2 Banning & Resetting Player Progress Due To Damage Glitch Is A Lose-Lose

Opinion: The Division 2 Banning & Resetting Player Progress Due To Damage Glitch Is A Lose-Lose 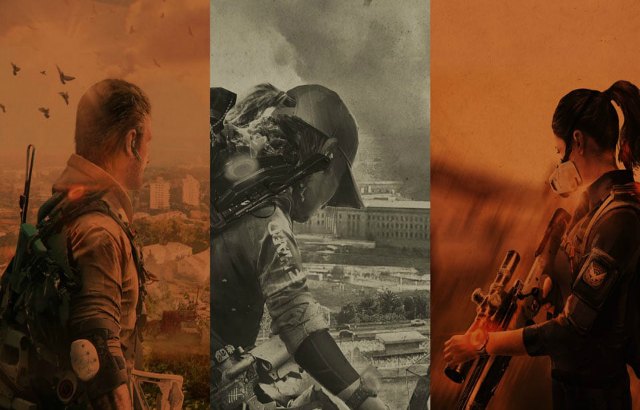 If you’ve played Tom Clancy’s The Division 2 ever since its latest expansion and current season hit, you’ll know what’s going on. As of this week, Massive have decided to hand out a blanket 7-day temporary ban for players that abused the damage glitch that has been in-game for a while now. What’s more, these players will also have their account progress rolled back to March 17th, no exceptions. So here’s some thoughts on the matter.

The Damage Glitch For Context

If it’s your first time hearing about this glitch, it’s a funny one. Some player communities claim this glitch has been in the game since before the Warlords of New York expansion, but only got wide-spread exposure in the weeks since its launch. Basically, players would interact with the mounted turret found usually in Control Points while macro-ing to open up the inventory at the same time. When successful, swapping loadouts while using the turret would not only increase weapon damage, but also stack a weapon’s talent.

Browsing the game’s Reddit, you’ll see that many players used this glitch for shits and giggles, to see how far they can push Legendary difficulty content and especially to meet all the leaderboard objectives for the recent time trial events. Even solo players got to try out Legendary strongholds with this, something the developers never intended to happen. However, there’s another glitch borne from the same one, which allows players to resurrect dead bosses to endlessly farm loot. So you can see how this becomes an issue, especially if said glitchers took this DPS and unfairly gained god-rolled loot out into the Dark Zone to PvP.

Why it’s a Lose-Lose Situation

Exploiting the game using bugs or glitches is against the Terms of Service, fair enough, and no one wants to play an MMO with PvP especially if there’s glitches. So in that sense, Massive did the right thing to ban these players, although the roll-back seems heavy handed. The problem is, Massive took such a long time to rectify the issue when it first came to light, needing a total of three emergency maintenance periods, all compounded by the Work from Home orders going around thanks to Covid-19. Why did it take so long? The answer could be a myriad of reasons, but one would think the easiest solution would have been to disable the turrets in-game. The raid does have a turret mechanic, but most players would agree that waiting for a permanent fix would have been better than enduring this long drawn out issue which led to more problems.

The delay and discovery of new turret glitches led to more people being tempted to give it a go, which like Covid-19, spread throughout the community. It became common to match make for group missions and end up in one that had a glitcher. So what happens next? Massive’s blanket ban hit a mixture of everyone – glitchers and non-glitchers – including those that didn’t use the glitch, but got reprimanded for being in a group with one. That’s arguably the worst outcome for player and developer, if a large chunk of those affected by the ban and rollbacks are innocent players who unknowingly got into these groups. The outcry has already begin, with calls for class-action lawsuits (not happening people) and refunds going around. Even in some communities like mine, folks are staying away even after their bans expire, because this isn’t the right way to handle an exploit, that should have been ironed out the first week it emerged publicly.

So what happens now? The PR disaster that some players are claiming will happen haven’t – the game did the right thing to enforce its rules, but with the wrong solution in my opinion. Surely they have the metrics and data to accurately track cheaters. If not in PvE, then surely in PvP which is what anti-cheat measures should prioritize. With word that another glitch is out, no one wants to match-make in PvE now (tried it today myself for the new Manhunt) due to being afraid of matching with a glitcher. How will this all affect the Division 2 community? Time will tell.

But if there’s one thing we can take away from all of this, it’s that cheating in whatever online game for PvE or PvP, it doesn’t matter, it’s still cheating. You know the risks. And for developers – handling exploits and dealing with players is a delicate process, you win some you lose some. But Massive’s process of identifying who glitched and who didn’t is looking like a miss more than a hit.