Path of Fire Is The Best MMORPG Expansion This Year (Review)

Path of Fire Is The Best MMORPG Expansion This Year (Review) 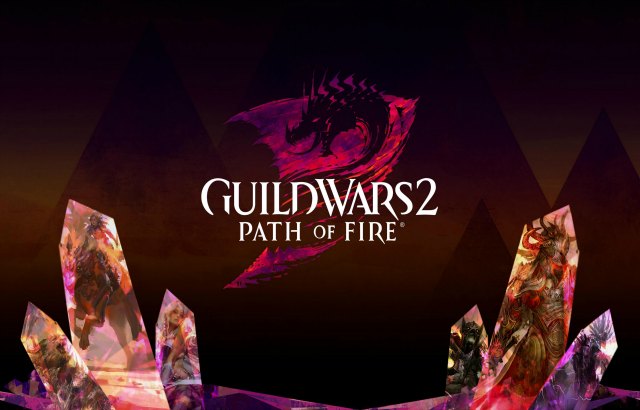 It’s a bold statement, but Path of Fire is definitely the best if not a leading contender for best MMO content release this year. Hear me out. To state the obvious first, there aren’t many expansions out this year from AAA titles that were significant. Elder Scrolls Online did release Morrowind, which is an incredible homage to an iconic location. It also shakes up gameplay with a brand new Warden class and a new PvP Arena mode to boot. Big changes no doubt. But not as significant as what Guild Wars 2’s done. And since Blizzard doesn’t have an expansion for World of Warcraft this year, that leaves the door wide open for Guild Wars 2 to shine. So what’s so significant about Path of Fire? Read on.

These days, it’s almost unthinkable for an MMORPG to launch without mounts. Modern MMOs almost always have them, because it’s one of those player travel tropes that must be ticked on a list. When Guild Wars 2 launched without em, some eyebrows were raised. There’s lost of running around, and for years and years, players rely on Class buffs to boost running speed. Waypoints are also scattered throughout Tyria, so traveling around didn’t have a need for mounts.

So when Path of Fire was announced and mounts with it, that kinda left a lot of us stumped. Why do we need mounts, and how exactly will it add anything to the core gameplay? Little did we know, ArenaNet had a plan, and goodness did it work. The 5 new mounts each have unique abilities that significantly changes how you play the game. Exploration, jumping puzzles and activities involving map completion are all made so much better now thanks to these abilities. Not to mention, the individual controls and movement of these mounts – from the Raptor to the Griffon – is incredibly fluid.

The last Guild Wars 2 expansion, Heart of Thorns, did split the player base somewhat. For starters, the meta changed. Dynamic events had multiple layers and tiers, and tasks were removed from maps. Every map also had different layers, from ground level to the canopies. This may be fun for exploration enthusiasts, but the reality is that it’s a pain. Navigation required a bunch of mastery grinding especially if you want to get the most out of these maps.

Path of Fire completely does away with a lot of that grief. The five new maps are inherently traditional, and goes back to MMO roots. They’re large, single layer and more importantly, incorporates mounts very well. There’s a lot of things we expect from Guild Wars 2 maps too, like hidden vistas and explorable content. But ultimately it’s that familiarity of a traditional MMORPG map that makes it all the more alluring. Don’t get me wrong, I did enjoy the Heart of Thorns maps. But it felt way out of place when compared to the maps in Path of Fire.

The Main Story Keeps Getting Better

I’m not going to lie. The vanilla personal stories in Guild Wars 2 are boring as hell. Painfully slow build up, predictable writing and a cast of characters that may as well be card boards. Things do get a lot better as the plot, writing, and ensemble of side characters steps up a notch in quality in Season 2 onward. Your character becomes the focus, a new guild takes shape and the villains get better too. All throughout the Living World Season 3, I was kept on my toes and engaged in the writing. Not to mention, the boss fights were really on point. No other MMO has main story boss fights that literally makes me tense.

In Path of Fire, the culmination of all that Season 3 build up since the HoT expansion pays off big time. I’m not going to spoil anything, but damn it, the writing just keeps getting better! It’s almost like your own interactive TV series now. There’s a lot more voice dialogue, narrative beats keeps you invested and the story in this expansion ties up a lot of loose ends. The ending also sets up the next content updates too, which I now cannot wait for.

Overall? Path of Fire was totally worth the $29.99. No subscription, a hell of a lot more PvE content in the form of Bounties, and we haven’t even touched on the new elite specializations for classes. Just trust me on this one, if you play Guild Wars 2, then pick up Path of Fire asap.