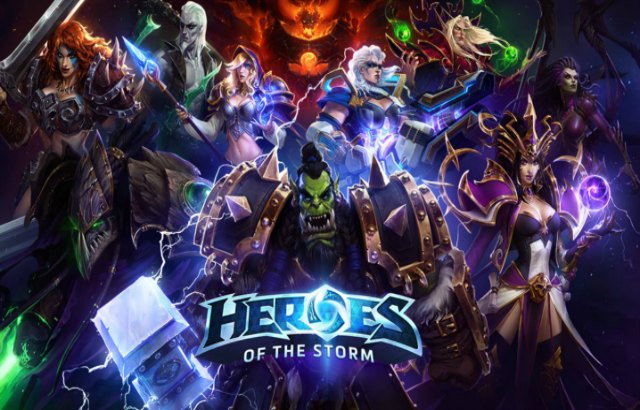 Heroes of the Storm is currently running a great cross-game promotion with World of Warcraft. Beginning on Valentine’s Day and ending on 14th March, players will be able to participate in a one month long quest for mounts.

Within the time period, players must complete fifteen Heroes of the Storm matches with a friend. Players must also use a World of Warcraft hero in those fifteen matches to be eligible. As for the rewards, there’s a sweet looking Primal Flamesaber mount that can be used in WoW. You will also get an awesome Flames of Judgement Charger mount for Heroes of the Storm.

Both of the rewards are in-game mounts for their respective games and I think they’re excellent and definitely worth participating for. Developers Blizzard have a knack for coming out with cool cross-game promotions and this another example of that. Cross-game promos are a great way of rewarding players and raising awareness about the games (not that Blizzard games need any!).

The terms are also simple enough. As long as you select a WoW hero for your 15 matches, you will be getting the rewards. This is guaranteed regardless of what hero your friend chooses. The start date of the event will also vary depending on region, so keep an eye out for exact details on your BattleNet client.

So if you don’t have a date for Valentine’s day, grab a friend and jump into Nexus for the event. Fifteen matches would take around four to five hours to complete, but that ain’t bad if you’re single! Ultimately, kudos to Blizzard for continuously handing out generous freebies. It would be interesting to see exactly how many players will be using these exclusive promo mounts in the game.