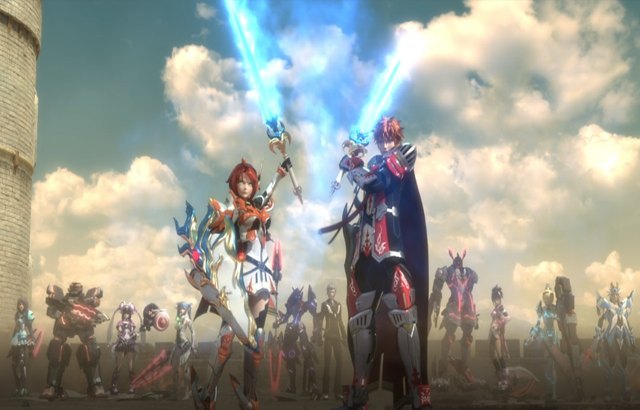 Phantasy Star Online 2 has launched its latest content drop, Episode 5. In Episode 5, following the aid of those on Earth, players discover a mysterious portal that leads to another dimension, called “Omega.” This world seems driven purely by fantasy, a world of swords and magic instead of technology and science. Laser swords clash with cold steel as the two worlds stand in direct contrast with each other, and as the story progresses, players will frequently move between them while observing the strange similarities these worlds share. Simultaneously, a mysterious woman who calls herself “Alma” appears, and she seems to have information about Omega and – strangely – about ARKS.

Episode 5 brings a lot of new content and features, including the new “Hero” class, increasing the player level cap to 90, new ARKS missions and areas to explore, new enemy types, new rewards, new seasonal events, new Alliance Quarters, and more. Photon Art and Technique levels will increase, and additional Photon Art, Techniques, and Battle Arena weapons will be added. In addition, a new quest type called “Buster Quests” will be added. Buster Quests are similar to raids, but also feature base defense elements. Players will need to work together in two alternating phases to achieve victory – gathering and protecting resources in the Defense phase, and empowering siege weapons to destroy the enemy castle in the Buster phase.

Today is the last day to celebrate the new content update through the “Road to Episode 5” event in-game. Players can visit the game for login bonuses 9/16-9/29 for a chance at receiving up to 3,500,000 EXP, up to 300 SG, and an Augment Transfer Pass.

Xbox Game Pass Ultimate Members will receive a Lillipan Suit AND an Arkuma Suit for free as part of the Episode 5 Update Bonus.