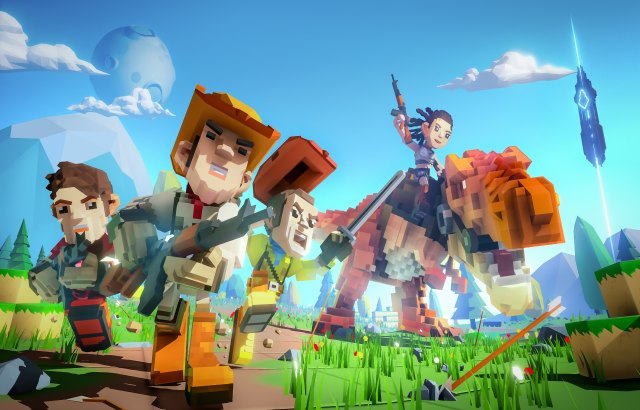 Snail Games’ open world, voxel-based sandbox survival game PixARK will be launching for Nintendo Switch, the PlayStation 4 entertainment system, Microsoft’s Xbox One & Xbox One X, and PC on Steam. PixARK is rated T for Teen by the Entertainment Software Association and “12” by Pan European Game Information (PEGI) in Europe.

“The day is finally here and I couldn’t be more proud of how far PixARK has come along,” said Peter Kang, director of live operations and business development, Snail Games. “More than anything, we wanted to create a game that everyone, no matter their age experience, could enjoy. PixARK extends the world of ARK to a larger demographic, and we’re excited for players to jump in and explore with friends and family!”

To survive in this mysterious land, players must tame creatures both ferocious and cuddly, craft high tech and magical tools, and build their own base out of cubes. With a robust character creator, an infinite number of voxel based maps and procedurally generated quests, their PixARK adventure will be completely unique. Team up with friends to form a tribe, or play on their own. Spend time building a towering fortress or go on a quest in a sprawling cavern. Fly on the back of a dragon and smite their enemies with a magic wand, or ride a mighty T-Rex and blast their foes with a rocket launcher. In the world of PixARK, how they play is up to them – as long as they survive!

PixARK is normally priced at $39.99 but starting June 25 until July 9, fans will have the opportunity to purchase the game for a discounted price of $27.99 during the Steam Summer Sale. Additionally, at launch PC players can expect a special treat of automation and breeding.