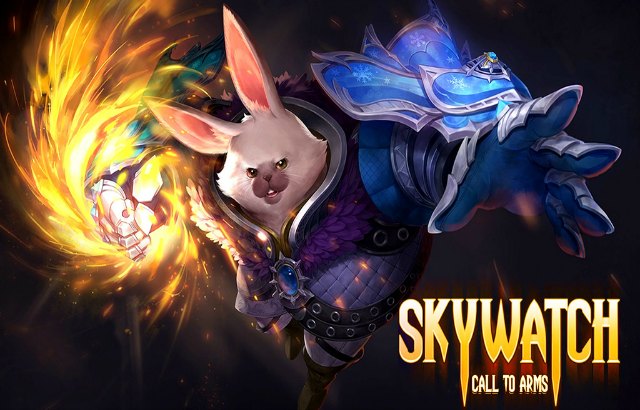 En Masse Entertainment has launched “Skywatch: Call to Arms.” This is the latest free content update for their flagship True Action Combat MMORPG on PC, TERA. Now available to download for free through the En Masse launcher, the update expands the race/class combination options for the brawler class to the adorable, yet ferocious popori, and kicks off a four-week leveling event rewarding all players with helpful leveling items. Players who reach level 65 with their new popori brawlers by July 9 will earn the premium Kitten Hittin’-Mittens weapon skin as a reward. This update also includes a new treasure map system and brings Gossamer Vault (Hard) and an updated Macellarius Catacombs instances for level 65 players to pummel.

Treasure hunters have something new to look forward to with the addition of the new treasure map system today. High level dungeons have a chance to drop one half of Naslow’s Treasure Map, combining the two halves to send players and parties on an adventure to track down chests of loot hidden in the game world. The Gossamer Vault dungeon introduced in the previous update has been expanded with more challenging, and rewarding, Gossamer Vault (Hard) version of the dungeon tasking players to once again venture into the colony of strange, beautiful, but deadly butterflies. The updated Macellarius Catacombs provides a level 65 challenge for three player groups.

With summer in the air, things are about to heat up in the world of TERA! Blood on the Beach festivities are already underway to help clear the dangers on the beaches, setting the stage for Summer Festival events to begin on June 20. Players are encouraged to prepare their best summer wear and sunblock for their fun in the sun as the Summer Festival is set to run for two months, ending in August.