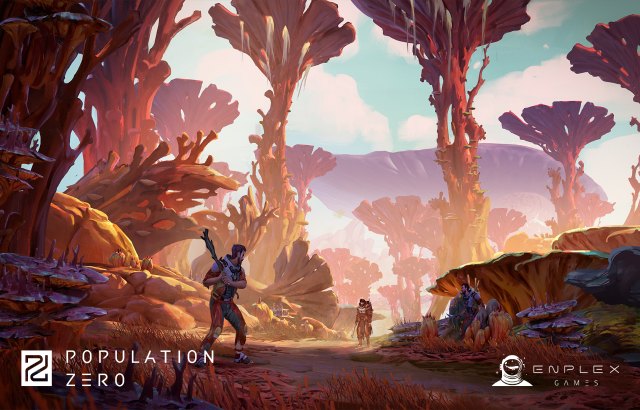 Enplex Games is ready to take its story-driven multiplayer sci-Fi epic Population Zero to the next level when closed beta kicks off on September 19th. Everyone is invited to sign up for closed beta testing opportunities for the groundbreaking multiplayer sci-fi exploration game. In addition, Enplex has revealed a number of Founders Packs that guarantee access to closed beta, but that are not required to be selected. At the time of Open Beta launch in 2020, Population Zero will be a Free to Play MMO experience.

Players of all stripes will love the uniqueness of Population Zero as it takes familiar features and gives them a unique touch. Whether it’s the action-based combat system, the tech trees and building systems, the PvP/PvE environment, the robust multi-disciplinary crafting system, or the unique perk system, players will find a lot to love in the game.

Freedom is key in Population Zero as players land on Kepler, a single planet hosting alien species that can be examined, befriended, or fought. While there are two factions, they can be swapped out at will simply by completing quests for one or the other. The Perk System provides tons of player agency to create a unique character using the skills they want. In short, there are no rules when it comes to playing Population Zero the way you want.