PUBG Mobile Is Celebrating Its Second Anniversary This Weekend

PUBG Mobile Is Celebrating Its Second Anniversary This Weekend 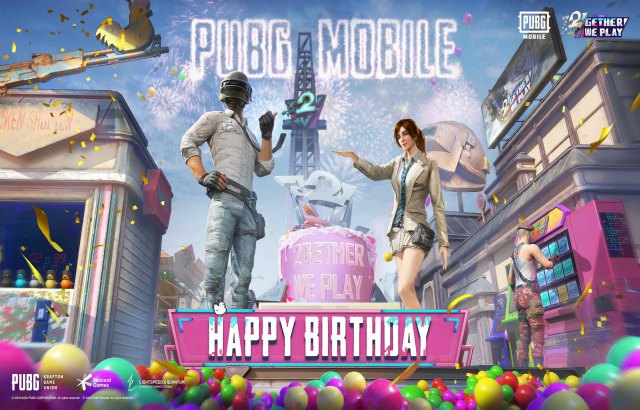 PUBG MOBILE is celebrating its second anniversary, marked with rapid ascension and consistent topping of charts around the world, making the mobile version of the world’s original tactical battleground a bona fide global phenomenon. Over the past year, the game has added a number of innovative new game modes, collaborated with global leading IPs, dominated mobile esports and created deep connection to fans around the world.

PUBG MOBILE’s second anniversary arrives with the game achieving milestones of surpassing 600 million total downloads and 50 million daily active users (excluding China), along with a massive and impressive content update. Community members and players can check out a video that recaps the highlights of PUBG MOBILE during the game’s second year here.

In the last year, PUBG MOBILE has continued to grow and evolve the gameplay experience with the launch of six new game modes, including Survive Till Dawn, Darkest Night, Arena, Infection, Payload and Winter Festival, which were all great hits among players.

PUBG MOBILE also reached outside the world of gaming for several unprecedented collaborations with leading movie IPs, top sportsmen and celebrities with positive impacts, which further increased the game’s popularity and impact throughout the world. The partnerships include Alan Walker x PUBG MOBILE for the collaboration song “On My Way” and “Live Fast”, teaming up with basketball superstars to bring sports and gaming together, as well as collaboration with A BATHING APE for leading a trendy streetwear fashion both in game and reality. Over the past year, PUBG MOBILE has also collaborated with The Walking Dead, Angry Birds, Godzilla, Resident Evil 2 and Mission Impossible.

As part of ongoing efforts to provide the best gaming experience and passionate global community, PUBG MOBILE released Project BAN PAN to fight against cheaters, Colorblind Mode for players with colorblindness, and collaborated with Global Green for the #Fight4theAmazon to protect rainforests. In addition to gaming, PUBG MOBILE encourages the connection with players worldwide, to inspire and bring positive impact to players’ lives.

Earlier this month, PUBG MOBILE kicked off its second anniversary celebrations with the introduction of the “2gether We Play” Royale Pass Season 12 and massive content update. Players can skydive into the festivities, including an Erangel amusement park and exclusive rewards. Players and community members can also participate in the all-new PUBG MOBILE classic theme music cover contest, with more information here.