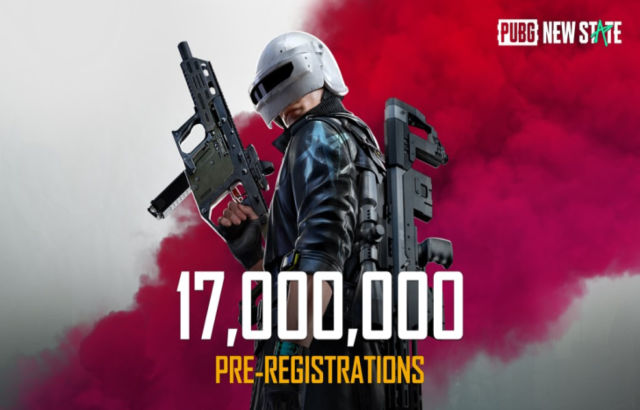 Were you part of PUBG: NEW STATE’s closed Alpha Test recently? Following the test, Krafton has announced that the game has surpassed more than 17 million pre-registrations on the Google Play Store.

As the daily pre-registration rate for PUBG: NEW STATE has increased following the Alpha Test, KRAFTON also announced it will open pre-registration for the game on Apple’s App Store in Q3 2021. Android users can still pre-register now on Google Play* to get an exclusive vehicle skin and the latest information on the game. Additionally, KRAFTON recently revealed that BATTLEGROUNDS MOBILE INDIA** surpassed more than 20 million pre-registrations on Google Play within two weeks, further emphasising the strong global appetite for premier battle royale experiences on mobile.

“We would like to extend our appreciation to our fans and players who have shown such huge interest by participating in the Alpha Test,” said Minkyu Park, Executive Producer of PUBG: NEW STATE. “Based on all the player feedback, we will do our best to make sure we complete development by the end of the year and set a milestone for the next-generation mobile games in the battle royale genre.”

Check out the first “Field Trip to Troi” developer video for an in-depth look at PUBG: NEW STATE’s first map.  For the latest information on PUBG: NEW STATE, please visit http://newstate.pubg.com or follow us on social media at Twitter, Facebook, Instagram, and YouTube.