Ragnarok Journey is making quite the impression in closed beta. Developed by Wegames Corp and Gravity Interactive, this new browser-based MMO is looking to recreate a classic. Ragnarok Online is a classic in the eyes of gamers all around the world. Pre 3D MMORPGs, there was not a lot of games out there that offered a colorful online world full with adventure.

Times have changed, but thankfully, browser-based MMOs are still around. Not many have been able to replicate the magic that Ragnarok Online gave us however. That’s why there’s so much buzz surrounding the release of the bran new Ragnarok Journey. The game is being called a spiritual successor to the first in the franchise. Many aspects of the game intentionally mimics familiar systems to appeal to players who love the first game. We’ve played it and we’ve seen enough to decide if that old game in a modern concept would work. Here’s our full review. 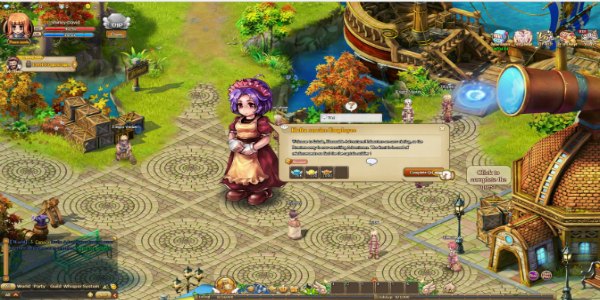 The one thing that Ragnarok Journey banks on is its visually thematic and familiar to Ragnarok Online. By looking at it from a far, you wouldn’t know the difference. The game is a free to play, top-down isometric game that uses 2D animated graphics. Sound familiar? It’s hard not to feel the tinge of nostalgia.

Game play is not worlds apart either. Clicking moves your character, and the world and characters are pretty much just how you remembered it. Even while it’s in closed beta, there’s an incredible feel of polish for this browser-based MMO. The UI on the other hand has been modernized, and made to feel like it belongs in a plethora of 21st century games. Everything that holds to the game together is pretty much standard fare. Thematically, it’s a very Asian MMO and depending on where you stand on that, the nostalgia will keep you going or will make you quit. 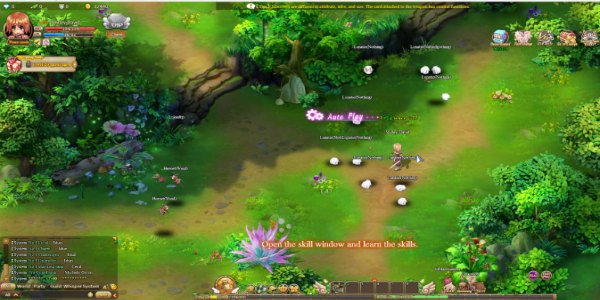 When it comes to character progression, the game does have interesting ideas. For starters, there’s a new autopilot mode called auto play that might just blow your mind. When the option is active, you pretty much sit back and watch as your character goes about their business. Quests get completed on their own. You involuntarily walk around, talk to NPCs to pick up the objectives and move on your merry way. If it’s a combat objective, like kill ten rats, then the autopilot will take care of that too. It’s a weird feeling seeing your character engage in monotonous combat without complex abilities being used.

In some was, the feature brings back memories of Twilight Saga. While the entire auto play feature is purely optional, it’s hard to think of how easy the game’s been made. This brings up the question of convenience in MMORPGs. In traditionally 3D games, things aren’t usually this convenient unless there’s a catch. And that usually involves microtransactions and ways to make more money for selling ease of playing. Guild Wars 2 was the first modern MMORPG that does away with that rhetoric. When it comes to browser MMOs, it seems the opposite is true. While some players may enjoy the fact that they can sit back and sip on tea while their characters do the heavy duty work in Ragnarok Journey, I can’t help but ponder. Is this what gamers really want? Is progression in a virtual game world, the epitome of MMO enjoyment becoming obsolete? 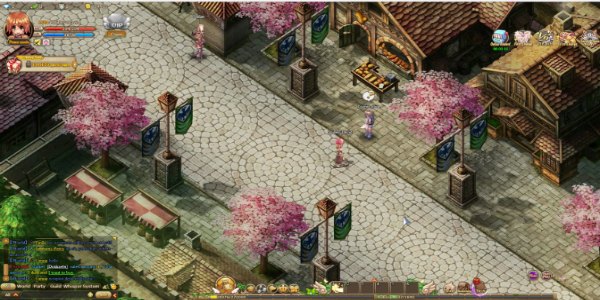 Other parts of the game are surprisingly well thought out. There are multiple progression systems in play, from the end-game sieges and PVP to diverse classes. Classes are pretty fun as well. There are eight archetypes to pick from, including Warriors, Archers and Mages. You get to pick what you want to play as in later levels and skill points earned through XP gains are put into class abilities. Combat is as usual what you’d expect from a Ragnarok game however. It’s basic and perfunctory. Animations aren’t Oscar worthy but it is a browser game after all.

Where it falls short is its reliance on falling back on old MMO tropes. The most obvious one is of course the grind involved. Convenience is weirdly nice, but it’s what the substance of the content is that’s bothers me. There’s just too many similar quests involving killing, fetching and talking. There’s not enough diversity there to hold the interest of non Ragnarok fans. To top it off, the in-game store is not helping either. There’s scores of advantageous items that boost stats which players can pay for using diamonds aka real cash.

Ultimately, Ragnarok Journey is a decent throwback to the golden age of browser MMOs. In its time, Ragnarok blew up the East as Runescape did for the west. This game on the other hand, feels like a prop. It’s fun in ways that peaks your interest and nostalgia for those good old times. How well you tolerate the lack of a cohesive story on top of the grind is entirely up to you. But either way, this is a free to play game with interesting idea that deserves a shot to uphold its legacy.