Ragnarok Online series: Dummy facts as of end of 2016

Ragnarok Online series: Dummy facts as of end of 2016 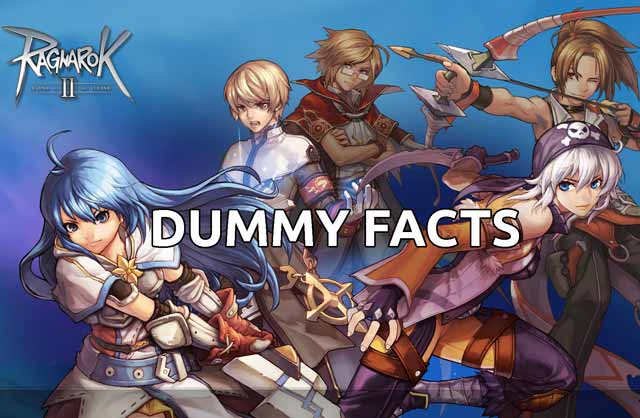 Ragnarok Online series: Dummy facts as of end of 2016:

Some of the most notable MMORPGs besides WOW, was none other than Ragnarok Online (RO). This cheeky, cutesy, anime-styled game was some of the most popular games during the early 2000s as released in 2002. In fact, till today, it is still popular amongst fans aside from the sequel: Ragnarok Online 2. But, more on that later!

Ragnarok Online was one of the stepping stones to creating a diverse and rich MMORPG. It also inspired the majority of  feel-good chibi anime-style games, mainly popular in Asian culture. RO had made way for other games such as 2D-success Maplestory franchises, or 3D MMORPG like Dragon Nest and more. Below, is merely my advice and facts as to players who has never played the game before but kept an open mind towards it. Opinions extended in the review is merely my opinion supported by forum discussions, so

please do keep an open mind.

Hands down, some of the most creative and diverse classes available in any MMORPG. The game launched with 13 playable classes and has more than 50 classes as of today. If you’re the type of person who enjoys playing multiple classes after conquering the other, then this is your game. The job systems and game mechanics vary amongst servers as described below.

While there are a ton of confusion as to how the original RO works, here is a breakdown. Classic mode or classic server is mainly populated by old and experienced players. The gameplay of the server relies on how the players skill and strategic placement of points to accommodate the play style and survivability in-game. As compared to the Renewal servers, players are given to option to “transcend” their level 99, achieve their 3rd job quest and an easier grind-and-gear system. Yes, in this case, the “renewal” context means that the system converts them back to level 1 but giving them a ton of stuff to work on as well. Hence, all in all, Gravity did an amazing job in keeping their player base alive with the two different sets of servers.

As someone whose played RO and then, RO2. I must say I would rather download the original. RO2 was flawed in every sense and aspect as a 3D successor. The game was so lacklustered that even the new players downloaded the original. Yes, that’s how bad it was. As one of the early pioneers in MMORPG, you would think the developers had more thought into the graphics and most important of all, the gameplay.

Granted, the game was fairly new but there was no reason to limit the amount of classes. That was the upside to the original game, more classes! With other games such as Dragon Nest in the amidst of Asian games, players expected a more action packed and open-world sensation to the game. But, sadly, all it brought was a disappointing combat system and a cancerous player community. Honestly, just download the original, you won’t be flustered by the reoccurring bugs that occur in the new one. Personally, there was too many stuck-in-zones and rubber-banding form of bugs that disrupted the gameplay for far too long.