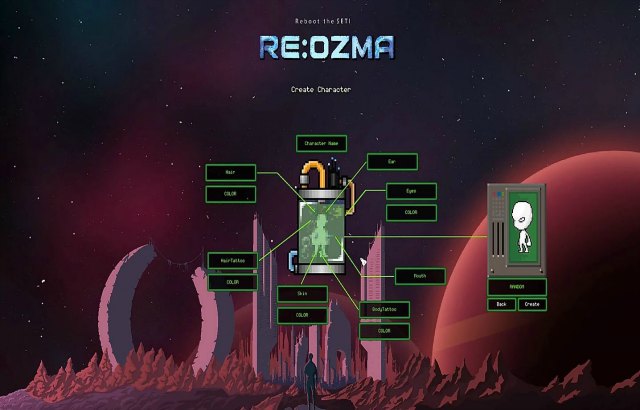 If you’re looking for a new sandbox game to play on Steam, you might want to check out RE:OZMA, from Korean studio SHIFTRICK.

RE:OZMA is a game that the survival and exploration of an alien who is left with only his soul after a massive space explosion burned his entire body. While elements such as digging, crafting, building and housing of sandboxes remain, seek more accessible sandbox games with fast and exciting action.

The Early Access version will unveil new character design ‘flame’ and a total of 22 new skills that fit the changed action concept, along with five different types of boss monsters and 200 objects that users can create themselves. Also, the character makes an infinite transformation by excavating graves of past dead aliens, collecting body parts of aliens and merging them with his own soul.

The game has been through a recent demo test and the developers aim to use the early access period to further develop and improve the game through communication with players.