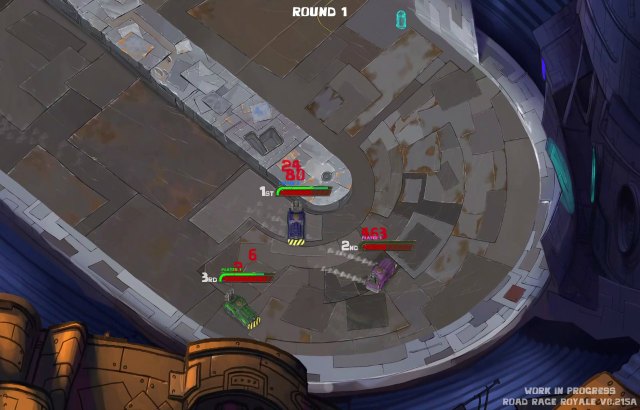 If you haven’t heard of Road Rage Royale, don’t worry. It’s a new multiplayer “close combat racing” game that pits 2 to 4 players on a racetrack until there is only one left. The race leader automatically deals damage to all his pursuers who in return gain various bonuses to cause serious damage. Players, therefore, have to rely on their best tactical and racing skills to emerge victorious. This sensory “easy to learn, hard to master” game gets intense as rounds follow each other at a thrilling pace.

Following a successful Kickstarter campaign, Road Rage Royale has now entered Early Access on Steam. The game’s key features can be found below.

Check out all the information you need on the Steam store page here.