SAO’s Legend: A big let down to the anime series!

SAO’s Legend: A big let down to the anime series! 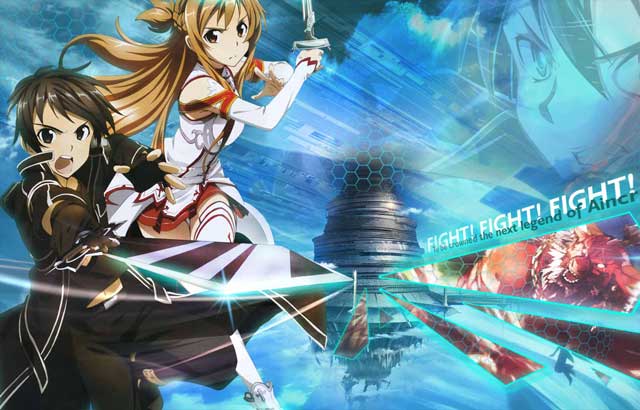 The anime Sword Art Online made full-dive system one of the most anticipated topics in the gaming industries. It basically means that player are able to transfer their consciousness into a surreal MMORPG world and have an inexplicable amount of effect on it. While we’re all hyped to be the inner Kirito or Asuna from the show, let’s review Sao’s Legend Online.

The game is actually not bad considering it’s a browser based game. Graphically speaking it is not the best despite being released 2015-2016. In fact its just downright outrageous, but we’ll give it a shot. The environment and notable locations in the anime series were remade into the game. I felt chills entering Aincrad. But, as soon as you open the game, the frame rate just drops down to hell. You also see a cluster of players who look exactly like you; literally no character customization available. The movement between locations is horrendously glitchy and just infuriating to play.

Monsters, NPCs and characters look pretty detailed despite everything. But the skill effects does not appear to have any impactful visuals. For most of the time, the skills just passes through or the sides of the monsters, and they just die instantly.

Right from the start to 5 minutes, you can literally level your character to 10. The game’s quest offers a large amount of experience points from the get-go. It kind of makes me wonder if it is any challenging at all or just a game for loyal fans of the anime.

While the NPCs who give the quest do ring a certain bell as they were characters from the anime, overall the story is not compelling enough. Most players find themselves just scheming through, pressing continue continuously and redeeming quest rewards. There were no cut scenes or necessary visuals to allows player to immerse themselves deeper into the gameplay.

From level 1 to level cap, you can literally do nothing in this game. The whole point of the game is to make self-progress and creating actions of your own that may reflect upon the results. While the game feature an auto-pathing system for quest, that is not really the issue. Auto-pathing is common in most Eastern games as it provides players with the option to focus more on their battles.

Auto-battle, now, this is the issue. What is the point of learning new skills, stat-ing up your points and equipping the strongest gear. Majority of the time you click one monster, sit back and let all the skills play out on its own. It is tremendously ridiculous for these kind of Eastern games to further exist. Stop it, this is not how games are supposed to be!

Honestly speaking, the store makes you buy store point credits which cannot be earned in-game. The store features cosmetics to make you look unique, better-looking permanent mounts and other perks. The game is already boring enough, there is just no way players are compelled to pay for such perks. Just auto-path and auto-battle your way to level cap and get the best gear.