Season of the Splicer Begins On Destiny 2

Season of the Splicer Begins On Destiny 2 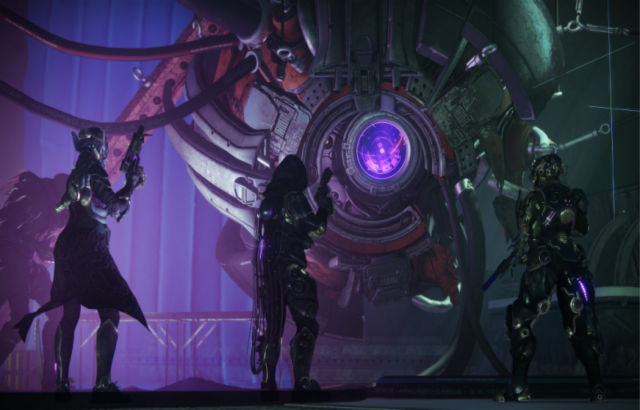 The Vex threaten the safety of all who inhabit the Last City, plunging humanity’s sanctuary into an endless night. Guardians must team up Mithrax, Kell of the House of Light, who will teach them the ways of a Sacred Splicer. It’s up to the Vanguard to harness new Splicer tech to take down the simulation and restore sunlight.

During Season of the Splicer, Guardians will hack the Vex simulation in the six-player matchmade activity Override to uncover secrets and steal Vex code. Additionally, Guardians will be able to run the weekly pinnacle mission Expunge, where they will uncover and exploit vulnerabilities in the Vex Network to collapse it from the inside.

On May 22, Guardians will once again be able to infiltrate the iconic Vault of Glass (VoG) raid. For the uninitiated, VoG sees Guardians navigate fractures in time and space to find Atheon, Time’s Conflux. The mysterious Vex awaits deep within the vault and must be shut down before it becomes unstoppable. This is not just a straight port, with quality-of-life changes introduced to make VoG feel more in line with player’s expectations today, as well as new challenges and triumphs and some old favorites waiting to be earned.

Free for all players, Armor Synthesis brings transmog to Destiny by unlocking the power to create a Universal Ornament from any piece of armor in a Guardian’s possession. Season Pass owners will also get immediate access to the Exotic Stasis Sidearm Cryosthesia 77K, Season-specific Universal Ornaments, XP boosts that will speed up Seasonal rank gains and unlocks along their reward track, and more.

Season of the Splicer will run from May 11th to August 24th.