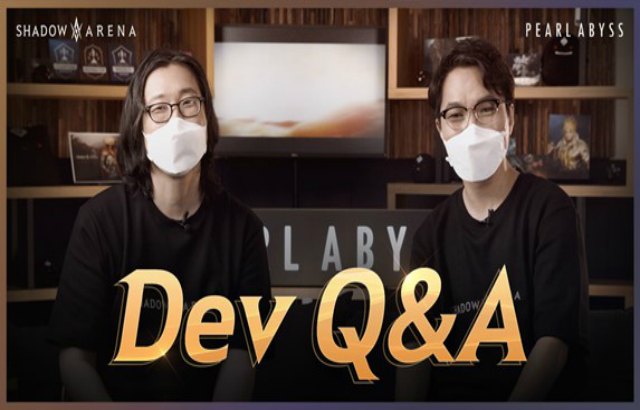 Pearl Abyss announced today that Shadow Arena’s Ask the Devs: Video Responses is now available. Players can now find the answers to their questions that they previously submitted for the recent “Ask the Devs Anything” video.

The video responses were made to answer players’ questions and explain the direction that the developers are taking with future updates and content. In the video, Lead Producer Kwangsam Kim and Director of Live Services Kwangbae Jeon covered many topics that were brought up by the players including matchmaking and tournaments.

Lead Producer Kim also announced that the console version of Shadow Arena is currently under development, which is also planned to support cross-play. For the new Hero updates that take place every three weeks, Kim said a total of 20 Heroes will be released by the end of this year.

Moreover, the Trio Mode will be revived and revamped shortly, allowing players to enjoy the game more as a team. Updates focusing on improving items and matchmaking system are also in progress to enhance Shadow Arena’s overall gameplay.

Furthermore, Director Jeon unveiled the future plans for Shadow Arena tournaments, explaining that the team behind Shadow Arena is currently testing and refining the rules and regulations for tournaments. They are also developing systems to host tournaments for various modes.

The Shadow Arena Developer Q&A video can be found on the official YouTube channel.