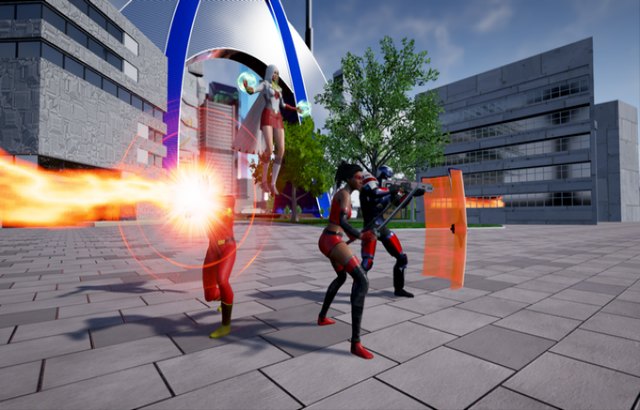 Ship of Heroes has begun their Kickstarter campaign in earnest. The developers are seeking a total of $400k to take the game to a playable Alpha stage.

The spiritual successor to City of Heroes have a number of sweet backer rewards to entice players. For as low as $10, players will receive supporter badges and moving up the tiers, will be able to participate in beta. The higher backer tiers have months of subscription time plus the ability to create NPCs and name streets.

In the campaign FAQ, details about the game’s payment model is also available. Ship of Heroes will be free to download and play for everyone who has pledged the project.

But what do we know about Ship of Heroes so far? For starters, the developers are keen to bring back the look and feel of City of Heroes. The latter is a fan favorite superhero MMORPG among comic book fans. Thus, the game is set to bring the best parts of that MMO back to life. Players can expect to see intricate hero progression systems and fun combat.

From the campaign video itself, we can see that an early technical build is already in place. We get to see the character creator in action and it looks good so far. There are lots of slider options and plenty can be done from the creator, including picking an archetype and powers.

Later on in the video, we get to see a hero flying around the Ship which is really cool. The graphics and animations are decent, but textures of the landscape and buildings are bland. It is still in pre-Alpha, so expect it to rise in quality over time. Overall this is looking great, and you can check out or pledge to their campaign here.