Single Player And Co-Op Story Campaign Is Coming To Crossout

Single Player And Co-Op Story Campaign Is Coming To Crossout 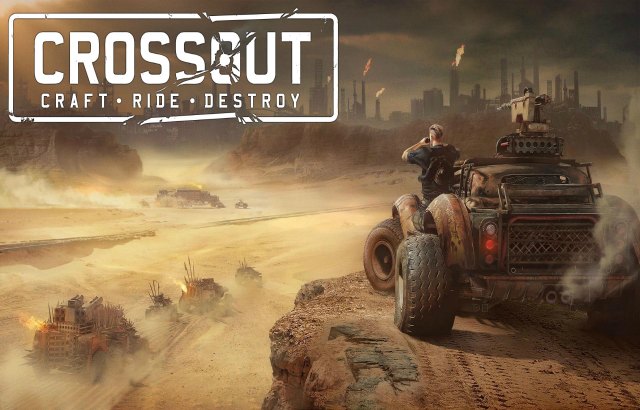 Targem Games and Gaijin Entertainment announce the launch of the Closed Beta of the new ‘Adventure’ mode for the post-apocalyptic online action game Crossout. The new mode thrusts players into a large-scale, story-driven campaign, which also includes plenty of side quests and events, that can be played solo or with friends in cooperative mode. As a reward, players will earn the special resource ‘Engraved Shells’, which can be spent to craft unique weapons or decorative elements to install on any Crossout vehicle.

Story Background: All over the Wastelands, entire settlements seemingly go crazy without reason. Their inhabitants, completely out of their mind and blinded by fury, attack each other in rage, bloodthirsty and hungry for death. The few that survive the madness scatter, their minds blank, to wander the Wastelands without any memories of their past life. The player is one of those survivors, starting as a mere husk of his former self. Over the course of the campaign, the player tries to find out what has happened to him and his former friends and neighbors, who is to blame for it and decide what to do next. Will the unknown hero succeed and find allies that help him unravel the unknown evil that lurks in the Wastelands? Can he find a way to get his memory back? Answers to all of those questions, and more, are waiting in Crossout’s new story mode, ‘Adventure’. More about the mode’s background story can be found in the game’s Developer Diaries, here: https://crossout.net/en/diary/66/#/

For now, the new mode will play on a  detailed version of the ‘Blood Rocks’ location, which is currently the biggest location in Crossout with 16 square kilometers. Much larger than the maps found in quick match PvP or PvE encounters, it offers plenty of opportunity to explore, hunt for enemies and do both story and side missions. Players can embark on ‘Adventure’ mode in any of their vehicles – from light to heavy – with the enemies based on the player’s power score. There is no time limit in ‘Adventure’ and players can pause and return to a campaign mission at any time.

From today, the ‘Adventure’ mode is available in Closed Beta testing. Tester access to the new mode is granted to all owners of the Crossout pack ‘Wholesale Recall’. Players can also submit an application to participate in the test ahead of the mode’s release via the official Crossout website: https://crossout.net/adventure/