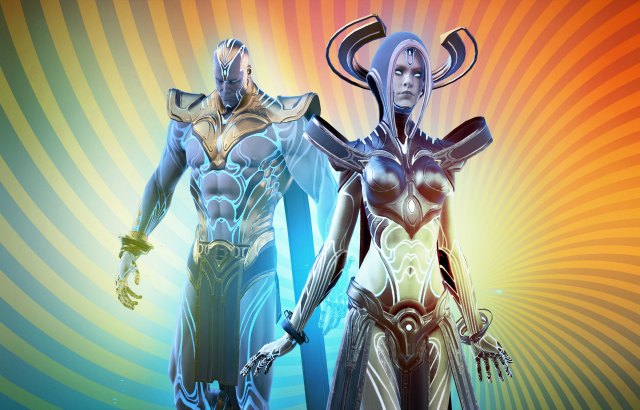 During the Fete event, Skyforge players will be enjoying tons of goodies, beginning with a Login Event. Players will be able to claim daily rewards for simply logging in during the anniversary celebration. Among the items you may claim are the elusive Ardent Halo and Ardent Wings, which look magnificent on your avatar.

In addition to the Login Event, a Trivia of the Gods contest is also underway on the website. If you have a deep knowledge about the game and its lore, take the challenge to earn cool prizes in-game. The five fastest participants will get surprise rewards, and no one quite knows what these are.

Moreover, during the entire duration of the anniversary event, store packs are on sale. Most packs now have a 15% discount, including the Valentine and Spring Cleaning packs. This is a good time to pick up the store packs if you have not managed to get them in the past.

Finally, a word of thanks from the developers below:

“Heroes of Skyforge – thanks to you and your comrades, Aelion has endured through countless ordeals and overcome unimaginable challenges over the course of time. Now that Skyforge itself has reached its second anniversary, it is time for you to take a rest from the horrors of war to remind yourself of what it is you are fighting for, and what better way to achieve this other than gregarious celebrations and in-game events!”

For more information on the second anniversary and events, check out their official website here.