It’s been a year since our 2017 list, and it’s time to update you folks with our top 5 best buy to play MMOs of 2018. The list takes disregards genre, so expect to see all types from FPS to sandbox and RPGs, as long as they’re online multiplayer. Let’s begin. 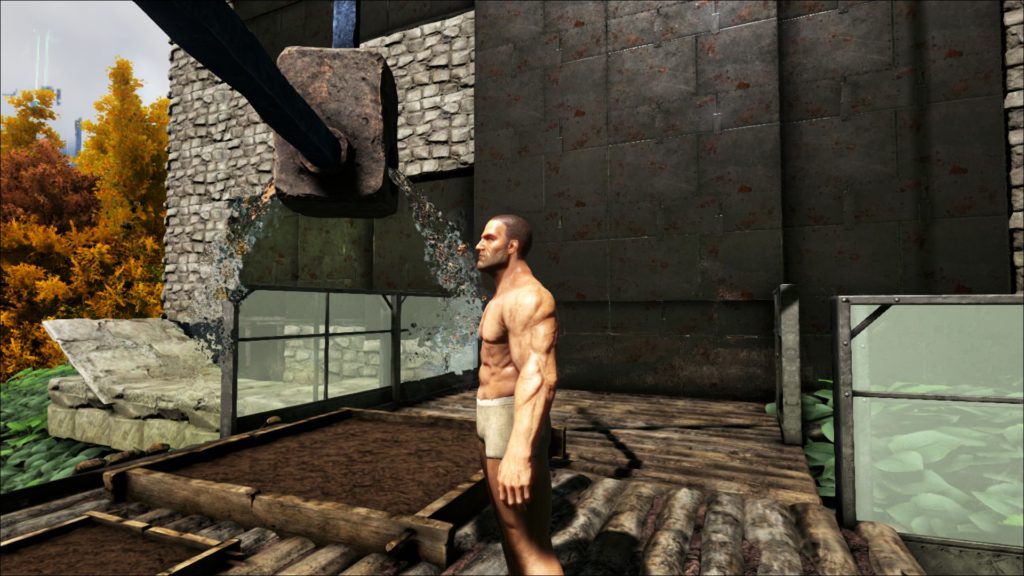 A new entry in this year’s list is the one sandbox survival game that’s done it all. ARK: Survival Evolved has come a long way since entering Steam’s Early Access three years ago. The game puts you (naked) on a dinosaur inhabitied island either alone or with friends. Your job is then to survive. Sounds simple eh? Not quite, and what you’ll be doing on this island on the long run either with friends, tribemates or solo is the fun part. By just playing, you earn XP which is then used to craft gear and weapons. You also have the freedom to build bases and of course, tame the dinosaurs! Studio Wildcard – the developers – have added so much content over the last couple of years. There’s two expansions now, and the game just keeps growing. It is buy to play on Steam, and we do recommend this as a good alternative sandbox survival MMO. 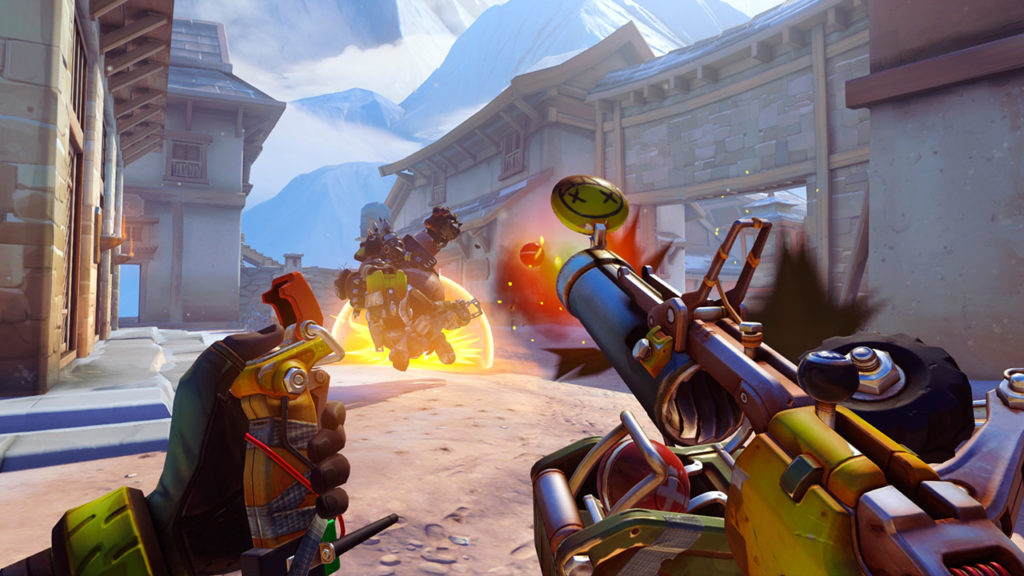 For our FPS entry of 2018, we debated long and hard between Overwatch and PUBG as the top buy to play FPS experience. One is an extremely polished arena shooter with unique classes and abilities that still offers hours of competitive fun today. The other is a stalwart in the Battle Royale genre that have gotten millions across the globe to crave a chicken dinner. Considering the two, we’re going with Blizzard’s Overwatch if you need a good-paced, strategic team-based arena shooter. For the buy in price (which can be hefty for a 4 year old game without a sale), you do get a lot of quality. Overwatch has plenty of maps and well designed character classes that feel good. It’s also incredibly fun to play, especially considering the team dynamics, the play of the match and other aspects that makes it addictive. There’s always that “one more match before bed” feeling that you get with Overwatch. 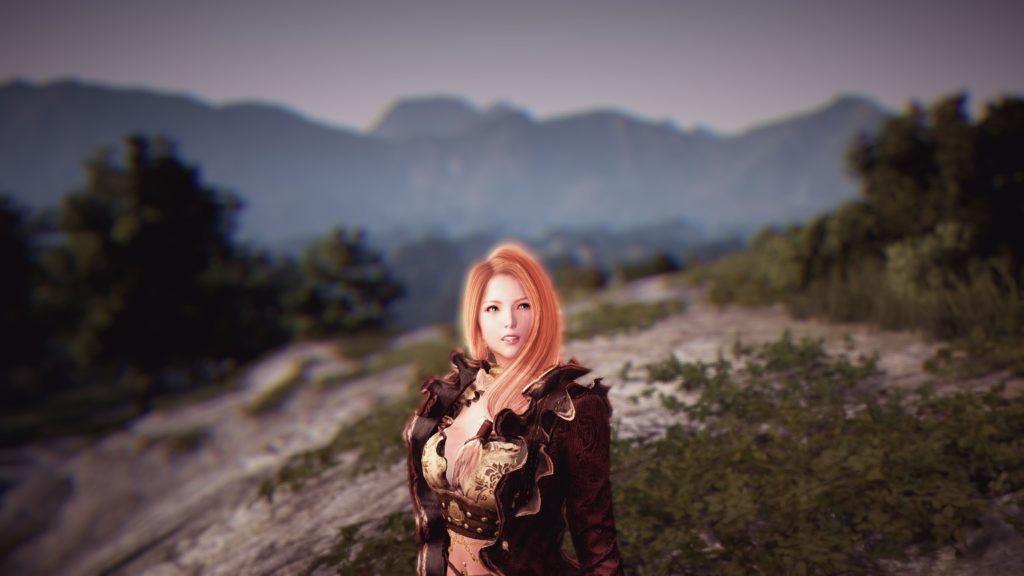 At number three is the very popular westernized Korean MMORPG, Black Desert Online. BDO has been around for a couple of years now in the West thanks to Kakao Games and Pearl Abyss. What more do I need to say other than it’s one of the most successful eastern mmorpg imports? If you’ve never heard of Black Desert Online, here’s a quick run down of why it’s one of the top buy to play mmorgps today.

For starters, the graphics, are excellent. From the first moment you lay your hands on the character creator, you know this game is going to look good on all types of systems. BDO also boasts a very robust PVE system that’s made all the more fun thanks to its modern take on the action combat system that relies on skill and timing to excel. The level of realism is unreal too. There’s a parkour system that lets players run up walls, jump over balconies and more. On top of that, the game incorporates a day and night cycle that actually affects gameplay, for example, some NPCs only come out during the day and are gone for the night. 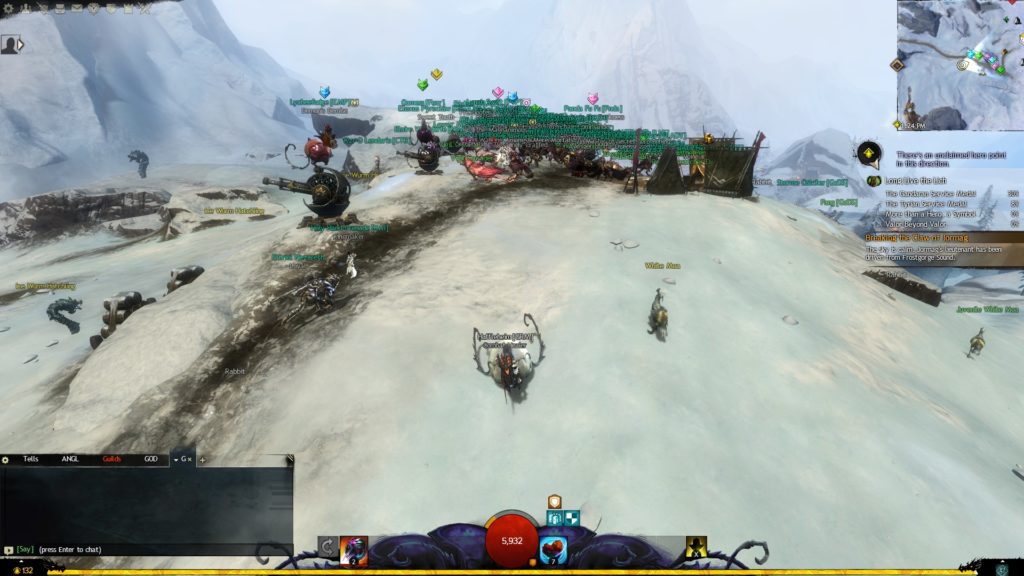 For number two, we have Guild Wars 2. The base game is currently free with restrictions, but the two expansions are buy to play and will be required to access later maps and content. This includes mounts for the first time ever, with last September’s Path of Fire expansion.

Guild Wars 2 is one of the highest rated MMORPGs of our time and it deserves that accolade, because it introduced so many industry defining mechanics that makes MMOs fun to play. For example, the incredible world that reacts to player input, popping up huge world events and bosses that are actually a lot of fun to play and participate in. The game has a very long main story that is decent and offers decent immersion for players looking for a great theme park casual mmorpg. 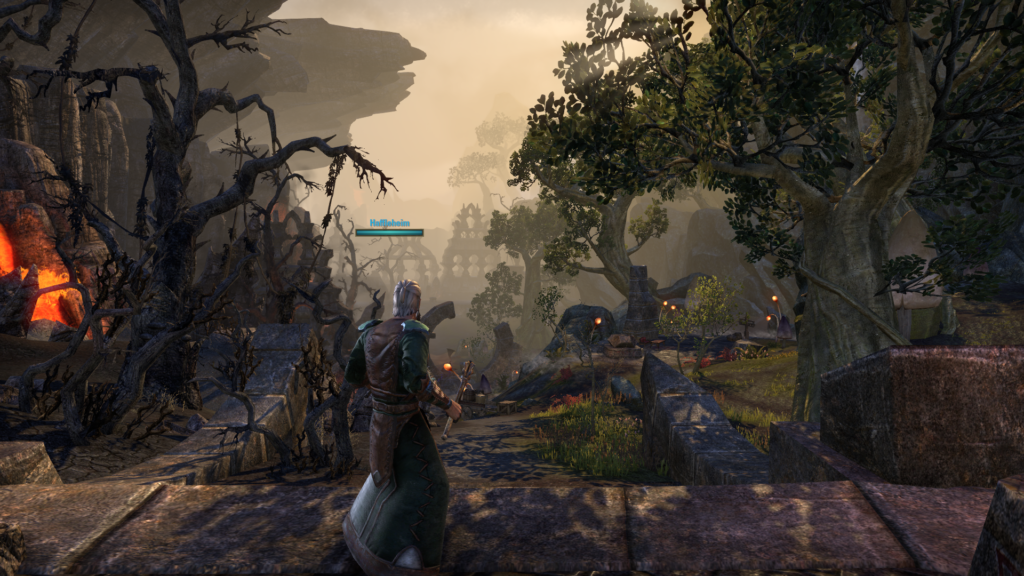 As for the ultimate MMORPG, The Elder Scrolls Online takes the cake. ESO has come a long way since its disastrous launch 4 years ago, to becoming MMORPG of the year twice in a row. With over 11 million players currently in 2018, what’s made the game grow with each new content release? Well, tt has dropped PVE progression restriction, and added level scaling, which now means you can just about quest anywhere you want. It now embodies that classic Elder Scrolls feeling, on top of fixing a lot of issues that were plaguing gamers at launch.

In addition, the last two major Chapters (expansions) has been top notch. Last year’s Morrowind set the bar for ESO story telling and introduced the new Warden class. This year’s Summerset match that bar with more awesome quests and core improvements to the game. But for sheer amount of content and quality alone, The Elder Scrolls Online is absolutely good value for money. Considering it goes on sale so much on sale especially on Steam for the PC and Mac. And oh, it’s on consoles too, so that’s a plus.