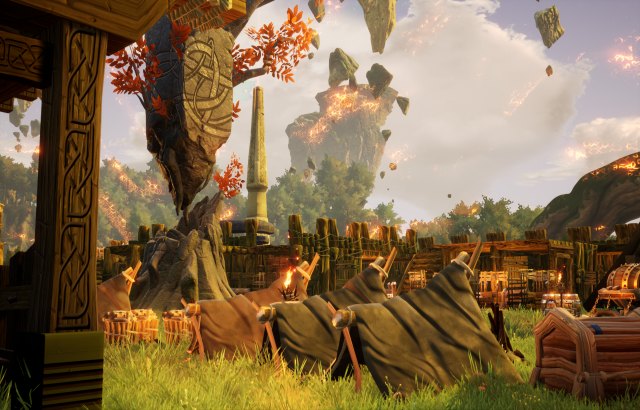 “We said from the beginning we would remove the Early Access tag from Rendwithin a year of hitting Steam,” said Jeremy Wood, co-founder and CEO, Frostkeep Studios. “We introduced Rend as a fully developed game experience with room for growth and advancement so we could work alongside players to determine the best direction and evolution for the game. Today’s final version of Rend is the direct result of this valuable feedback and we couldn’t be more grateful for the support of our players, community and partners throughout the development process.”

Rend takes inspiration from the motifs of ancient Norse mythology to bring players a colorful world of epic battles and survival-based gameplay. Players worldwide can now choose to play solo or join one of three factions as they work with teammates to survive in the brutal shattered remains of Midgard.

As a final release title, Rend holds a unique position in the survival space with its RPG mechanics, sandbox elements, factional combat, and win/loss conditions. The game was created by a team of 18 developers at Frostkeep Studios, many who had previously worked together on other AAA games and projects like the original World of Warcraft, Overwatch, League of Legends, WildStar, God of War and more.

*Introductory launch price is valid until April 26, 2019 before returning to the regular price of $29.99 USD