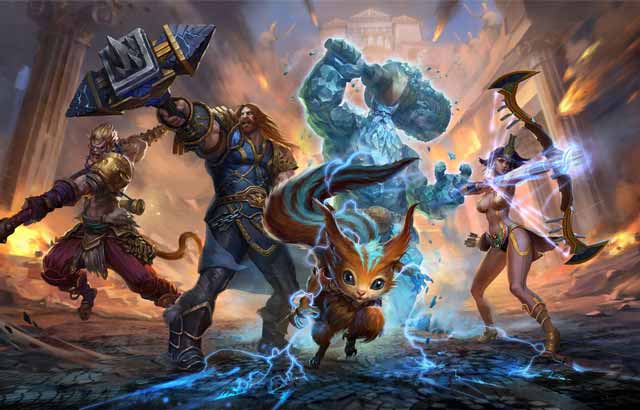 Smite is the popular MOBA that features heroes inspired by Gods and mythological icons from a range of mythologies and countries; developer Hi-Rez Studios has finally announced that they’ll be adding a Celtic icon to the game.

The first Celtic God has been revealed to be Morrigan the Phantom Queen; in Celtic mythology, Morrigan has been associated with a range of things such as fate, death, sovereignty and even wealth. In Smite however, Morrigan is the master of illusions and has the unique ability that allows her to transform into any God in the match.

The Lead Designer of Smite commented that Morrigan is a “complex and mysterious Goddess” in mythology so it made sense to create abilities that suit her complex nature; according to him, the new hero will also be a challenge to experienced Smite players. Her ability allows her to become any God in the game and lets her emulate their stats and abilities which could make her a formidable force in the arena.

Exact details about how Morrigan will work haven’t been revealed yet and her unique ability has sparked an array of questions; there is no news right now about her other abilities, if she can transform into another Morrigan and how long the illusion spell lasts.

To mark the occasion, a new event called “Path of the Phantom Queen” will be launched alongside the upcoming update; Hi-Rez Studios has revealed that the event will be in the style of a board game where players need to complete quests to collect quality rewards such as skins, avatars and more. Entry to this event costs 1000 Gems however players with a Twitch Prime account will be able to access the event for free.

Morrigan and the Path of the Phantom Queen event will be launching later this month with the 3.25 Patch; the blog post states that this update will be coming early this month so players should expect it to arrive over the next two weeks.