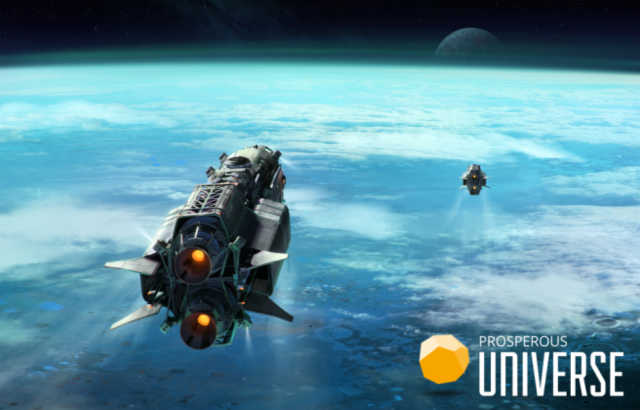 The economic space MMO Prosperous Universe will officially begin its Early Access phase on February 24th, 2021 which will also include a universe reset to the game. All players will start the game on the same page, giving both seasoned players and new players the opportunity to make new alliances, try different methods of production, and become fast galactic billionaires. The end of the First Access period marks a switch to a subscription-based pricing model with several packages to choose from.

Prosperous Universe is a real-time business simulation MMO set in the not-so-distant future. You are the CEO of your own spacefaring company – explore the galaxy, design spaceships, forge alliances, and most importantly: produce, trade, transport, and profit. Manage your business through a highly customizable user interface called APEX, accessible via web browser. Contribute to a purely player driven MMO economy in a persistent universe allowing for a multitude of play styles devoid of in-game grinding. With its emphasis on realism in everything from the economy to space travel, Prosperous Universe provides a unique experience to players of all backgrounds.

Thousands of players have signed up since Prosperous Universe released its first public access version in December of 2018. The game went free-to-play in 2019, staying true to its promise of avoiding microtransactions completely. Early Access begins after two years of the First Access phase.

For more info, check out the game’s website here: https://prosperousuniverse.com/