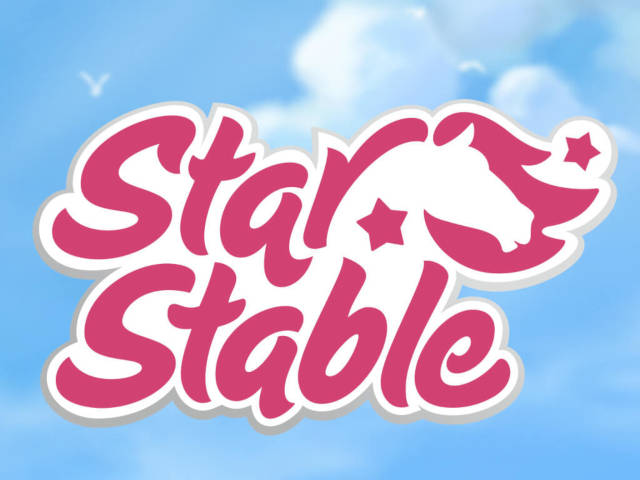 Star Stable is a horse riding MMO. In it, you play as a girl on a quest to help a small town and its people. You get your very own horse which you can ride to help out townspeople with their troubles. Other than helping out people, you can also compete in horse races either against yourself or against other players. Also, you need to tend and care for your horse. As you play through the quests you earn xp and gold. Earning xp levels you up and gold can be used to buy items from shops.

The controls in Star Stable take some getting used to. The game play like a typical MMO in the way you pick up quests and complete them. But for controls its a different story. While in most MMO’s adjusting your camera will also face your character towards that angle in Star Stable it doesn’t. Instead, in order to turn you need to press A or D for left and right respectively. Unmounted controls are pretty decent and work relatively ok. Running is on toggle instead of holding by default which is a weird choice but not too bad. 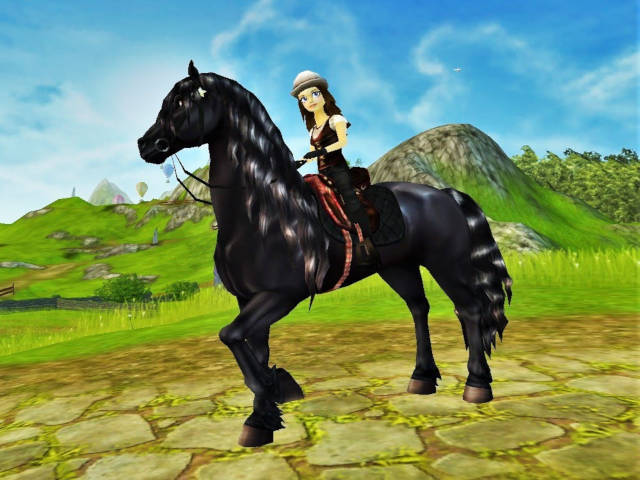 Gameplay in Star Stable is similar to other MMO’s except there is no combat. Instead of combat you participate in horse races. All the races I’ve seen so far take place in the same zone and although you are instanced, the scenery doesn’t change. The races are checkpoint time based, you have to run through all the checkpoints in time to complete the race. 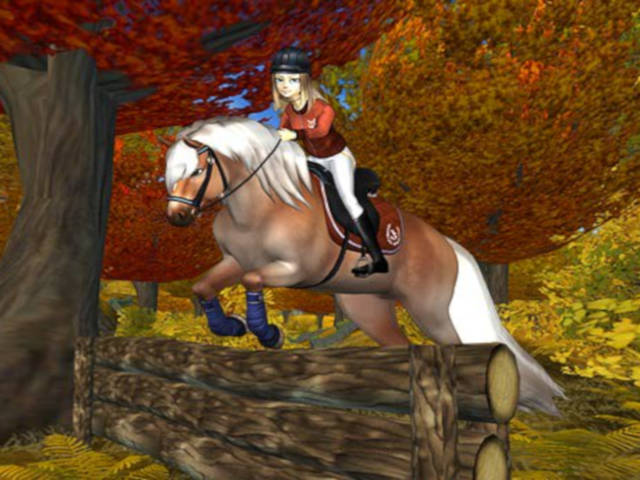 In addition to races, the game also features fetch quests and delivery quests. Some quests send you out in to the world to collect a few things and turn them in. Other quests send you to talk to a distant NPC and maybe help him out by once again clicking on a few objects in the world. There’s a decent amount of variety and they try to mix it up between quests and races.

As you complete quest you level up and earn gold. The game is restricted to level 4 for free players and if you want to keep leveling you have to purchase a subscription. To their credit, they don’t market at all in the game. You have a small icon next to your map for subscribing but that’s it.

Completing quests also earns you gold. You can buy various items with gold. Some of the items offer statistical benefit while others are just a cosmetic change. Most of the items are locked behind level gates and reputation gates. For example if you want a particular item you might need to be level 7 or earn the friendly status with a certain faction.  Overall the progression systems are pretty straight forward and don’t offer much depth but they work just fine.

The art style is nothing special but it gets the job done. The world is colorful and overall pleasing to look at. The game offers many different ways to dress your character and they all seem well put together. I can’t say that I’m in love with the art but I don’t hate it either. As for the music, its a pretty standard cheerful sound throughout the game. 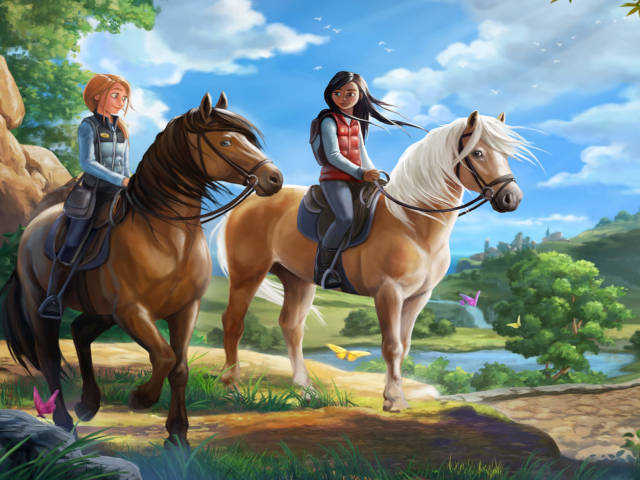 To be perfectly honest, the game does not appeal to me at all. Star Stable has a very specific target audience which I, a 29 years old man, am not a part of. The game is clearly targeted to young girls and women that enjoy the idea of owning and riding a horse. The game has no combat and the majority of your time is spent completing fetch quests and horse races. To me, these are not the kind of activities I look for in a game. Having said that, if you are a part of the target audience, the game is not bad and might worth a shot.