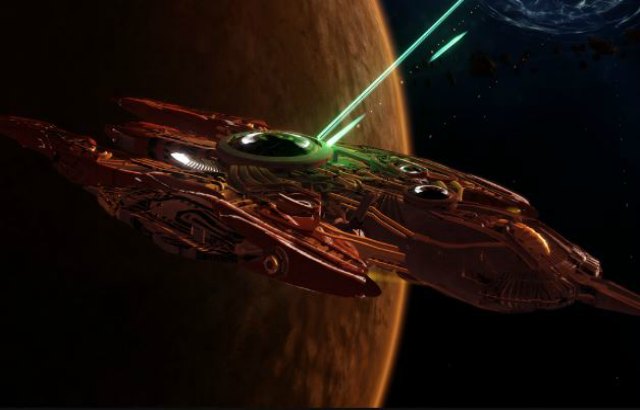 Calling all Star Trek Online captains! Now that the Age of Discovery saga is over, all new content in a new timeline is set to begin. Cryptic Studios has announced Star Trek Online: Awakening beams down to PC on September 10 and releases on PlayStation4 and Xbox One at a later date.

The Star Trek MMORPG will return to its original timeline in the 25th century. When Awakening releases this fall, players will warp to the year 2410, where they will embark on a mission to recover stolen Mycelial technology from J’Ula and the Klingons, with the help of Lt. Commander Paul Stamets (voiced by Anthony Rapp from Star Trek: Discovery) in holographic form. Captains can also access Awakening to participate in a series of exciting patrols to repair time rifts, a brand new Task Force Operation and a special Mycelial Event which rewards players with a new T6 Elachi ship for completing missions.

While waiting for Star Trek Online: Awakening to release this fall, players can still catch up on all three chapters of Age of Discovery for free on PC, Xbox One and PlayStation®4. Players can create a Federation Captain from the Discovery timeline and explore six featured episodes starring original characters from the show, including Ensign Sylvia Tilly and Captain Killy from the Mirror Universe (voiced by Mary Wiseman), as well as Captain Gabriel Lorca (voiced by Jason Isaacs) and Commander Ellen Landry (voiced by Rekha Sharma). Age of Discovery also introduces brand new game content, including the popular Task Force Operations and Personal Endeavors system, and streamlines the game for new users by revamping the mission journal and removing level restrictions for Tier 6 starships.