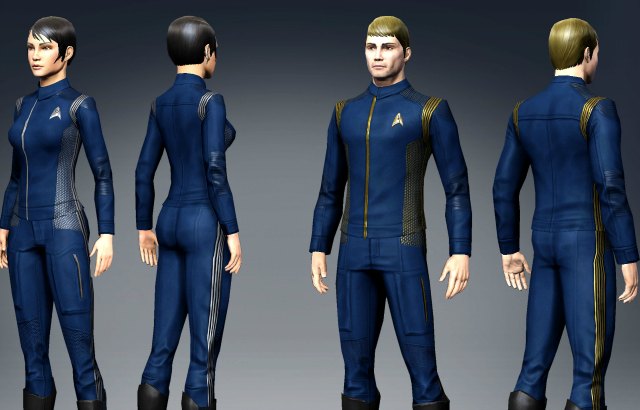 Star Trek Online is having another tie-in promo with the Star Trek Discovery TV show on CBS. Between now and 31s October, players logging in will receive the Discovery uniform for free.

Besides that, to help celebrate the 30th anniversary of Star Trek: The Next Generation, there’s more goodies to get. Players will receive a free Type 7 Shuttle to enjoy in space. As for console players, you can get them in the C-Store.

“Millions tuned in when Star Trek: Discovery hit the airwaves for the very first time last month and continued its maiden journey on CBS All Access. Captains can celebrate the debut of this new Star Trek series by dressing their captains in the Federation uniform from the show, as worn by the crew of the U.S.S. Shenzhou (NCC-1227)“.

The Type 7 Shuttle played a pivotal role in Star Trek: The Next Generation. The crew of the U.S.S Enterprise (NCC-1701-D) often utilized the shuttlecraft for important short-range missions, in place of transporters. Captains can now claim this elite upgraded shuttle in Star Trek Online. Each Type 7 Shuttle is equipped with an Ensign Engineering Bridge Officer station and Ensign Universal Bridge Officer station.