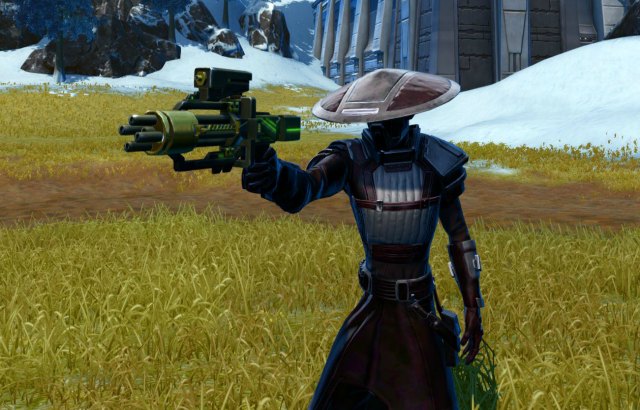 SWTOR aka Star Wars: The Old Republic, has a bunch of in-game events going on this July. Among them is this week’s Bounty Contract.

For a limited time, the Bounty Brokers Association has opened its doors to anyone willing to take on their dangerous contracts, offering an opportunity for both seasoned and rookie hunters to prove their skills and bring crime syndicates and violent gangs to justice!

Each day, you can sign up for one standard Henchman contract and one high profile Kingpin Contract, and each may take you to a separate planet. Complete five standard contracts to unlock Kingpin missions with bigger loot! Head to the fleet now, invite your friends and visit representatives of the Association to get started on your contracts!

The event will run until July 23rd, and you must be level 15 or more to participate.

While Bounty Hunters seem to be having all the fun, don’t fret. There are other events on-going right now as well and full details on all of them can be seen here.