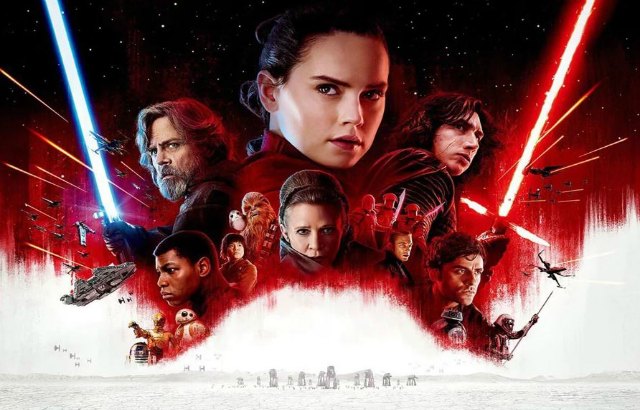 I walked out of the cinema last night feeling all sorts of things about Star Wars: The Last Jedi. Part of me was satisfied, the other part was not. One thing’s for sure though – these new Disney Star Wars movies will undoubtedly make a lot of money at the cost of alienating long time fans for new ones.

My main issues with the film lies in the continuity of story and plot points. Many of them were introduced back in The Force Awakens through snippets of dialogue, and some involves a few of the new characters. And what bothers me is there just isn’t a payoff in The Last Jedi that made me go “Oh so that’s why they introduced him, or Ah so that’s what that means!”. There’s just so many questions left hanging and the movie raised a lot of new ones. I guess the point I’m getting at is, this changing of directors for each film method they have going on now will hurt the film’s story in the long run.

As a big Star Wars fan, story is monumental for my enjoyment regardless of medium, be it the animated TV shows and especially video games. Star Wars as a universe contains an incredible amount of myth, lore an depth that begs to be fleshed out further. It’s evident to me at least, that Disney wants to trim that down to the bare minimum. And that’s why I’m dying for a proper narrative-driven Star Wars video game to plug the hole and fill that narrative gap.

Current Star Wars Games Are Like The New Films

The current line-up of Star Wars video games is pretty diverse. We have the Battlefront series that’s all about PvP and maybe a little bit of story with II’s campaign. We have the polarizing Star Wars: The Old Republic MMORPG that’s big on story, and rounding things up are the large amounts of trash mobile games that are cash grabs. Visceral that got shut down by EA was working on a narrative driven game, but alas that’s now out of the picture.

Aside from SWTOR that Bioware continuously pumps out story for, there’s no Star Wars game currently that satisfies my need to bridge that narrative gap with the movies. There’s just too much of a black hole that exists between Episode VI and VII that I want to see expounded on, because TFA and TLJ doesn’t care. Sure there are novels and comics, but really, visual story telling is the future and this is a game’s website, so I’d obviously want to see this happen in a video game. Battlefront and all the other FPS type Star Wars games are fun – but they do nothing for me. Nevermind the lootbox drama. From a story and lore perspective, these games offers nothing.

The Age of Single Player Storytelling Is Our Last Hope

SWTOR does a great job bringing the Old Republic era to life, and it’s fine for those of us that love it. But as I said, there’s just a narrative gap in the current canon cinematic story line that is just begging for a rich story telling video game experience. It definitely can’t be an MMORPG – as much as SWTOR is good for its story, it’s terrible in every other aspect. And I sure as hell would loath to see another competitive PvP type shooter Star Wars game with the pretense that it means a damn thing to the current story.

Our hope for filling that gap must come from a single player game. Odd saying that now on an MMO website, but that’s what’s going to save the Star Wars storytelling experience in games. No DLC  bullshit, no lootbox drama. Just a $60 finished game with 30 or so hours of story that explains or explores everything that’s happened between The Return of the Jedi and The Force Awakens leading to The Last Jedi. If Disney and EA can see it in their hearts to do right by their gaming fans, then it’ll make this new trilogy tolerable for me.

Who am I kidding though. Disney and EA probably thinks it’s a terrible idea.