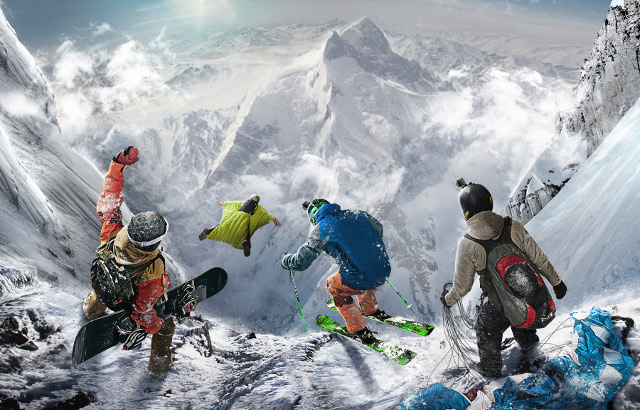 Ubisoft announced over the weekend that their MMO sports game, Steep, has just gained a variety of new features.

The biggest addition to the game is the new Steep World Tour which is a month event. Ubisoft has revealed quite a lot about the upcoming event despite it coming in a later update.

The tournament will take place over 10 days each month and will contain all four sports from the game. Steep World Tour is split into three sections: Qualifiers, Tournament, Finals. Players will be able to fight for rewards and for the chance to be the best player in the game.

For more details on the World Tour, check the official news post here.

Various other new features were added to the game while the World Tour is the biggest new addition. Community Challenges are now in the game where players can create their own challenges for players to complete. Players also now have a live activity page that is constantly updating with information in real-time. The final addition from the latest update is the Director Mode which allows players to select from different camera angles.

However, the biggest piece of news was the unveiling of a new map. Steep players will soon be able to explore the upcoming Alaska map with entirely new challenges for players to complete. In addition to this, the new region will contain “Branded Challenges” which supposedly more difficult than the current challenges in the game. These new challenges will be coming to the Alps at a later date.

Ubisoft has also revealed that the upcoming new map will be totally free. All players will be able to explore the new zone and race across the map using the various different sports. This is great news for gamers and fans of this game.

The full patch notes for the 1.04 update can be found on the official forums here.