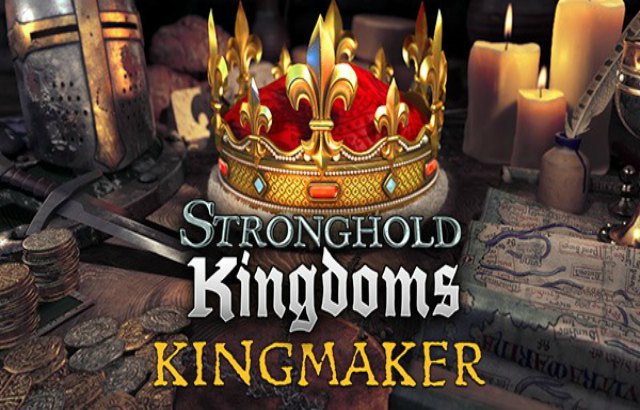 Firefly Studios are celebrating 10 years of castle building and besieging with a brand new update to their indie MMO hit Stronghold Kingdoms. The new ‘Kingmaker’ world map introduces a new type of historical game world for Firefly’s ‘Castle MMO’, based on the splintered nations and city states of Europe in 1300 AD.

Stronghold Kingdoms’ new ‘Kingmaker’ map is being released at 3pm GMT on November 4th to celebrate a milestone 10 years of online castle building, political intrigue and siege warfare. With new country borders, accurate to the medieval kingdoms of Europe circa 1300 AD, Kingmaker will provide a different political structure to the main game. Based on a map of splintered nations and city states, hundreds of players assuming the roles of kings and other leaders will vie for power in this new game world. Let the war of kings commence!

Growing from a small prototype inspired by the earliest free to play titles to their most successful game ever, Stronghold Kingdoms saved Firefly from collapse when it first launched in 2010. Prototyped at a time when the developer had scaled down to around 20% of its former staff, due in part to the 2008 recession and its knock-on effect for industry investors, Stronghold Kingdoms was a hail mary shot. Without the resources to create much new artwork, the Stronghold creators looked to their past and leveraged beloved art and characters from their back catalogue, creating a new kind of MMO with a handful of developers.

Inviting players subscribed to the Firefly Studios newsletter to test out early builds and provide feedback, these core Stronghold fans helped the developer iterate on and initially launch Kingdoms. With the ability to self-publish the title on Steam, which had only just added the first free-to-play games to the store, Firefly was then able to find a completely new audience for Stronghold and host hundreds of thousands monthly active players.

Today Stronghold Kingdoms continues to be Firefly Studios’ most popular game by both active player count and revenue, with many alpha and beta players still playing the game today. In 2020 Kingdoms still hosts 150,000 active users every month, playing together across desktop and newer mobile versions of the game.

Available now on PC, Mac, the App Store and Google Play, players can try Stronghold Kingdoms for free and find out more by visiting the game’s official website: www.StrongholdKingdoms.com