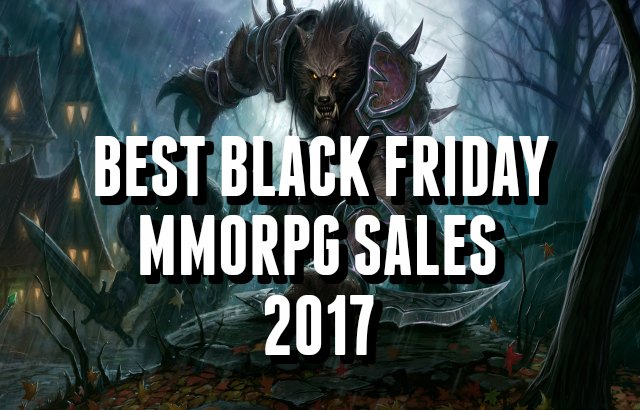 Black Friday is almost upon us and we’ve got the best Black Friday MMORPG deals compiled. This US holiday signals the start of Thanksgiving, but in the gaming world it means something more. It’s usually the time when most games goes on sale, which is great for us deal hunters. Besides the usual sales on GOG or Steam, MMORPGs have some pretty great deals as well. If you’ve been looking to spend some money in these games or looking to find a new MMO, check out some of the best 2017 MMO Black Friday sales below.

The Elder Scrolls Online – 50% off

ESO is currently half price for Black Friday. Known as Black Fredas in-game, you can pick up the Tamriel Unlimeted, Gold Edition and event the Morrowind DLC for 50% off. This applies to PC, Mac, PlayStation 4 and Xbox One. The sale is already live, and will end on 6th of December 2017.

This is a fantastic deal for a couple of reasons. There’s so much content in the Elder Scrolls Online and at half price, it’s a bargain. The MMORPG is also buy to play, so there’s no additional payment needed, unless you want the benefits of becoming an ESO Plus member. The DLC Morrowind is also a fantastic new addition to ESO this year, and is worth the half price as well. If you have been holding off on trying out ESO, now is the time to jump in.

World Of Warcraft & Legion Expansion – 50% off

Similarly, World of Warcraft is also going for half price in the BattleNet stores. You can pick up the base game for $9.99, and it comes with 30 days of subscription time. In addition, the current expansion, Legion, is also on sale for 50% off. The standard edition will cost $24.99, and comes with all previous expansions on top of a level 100 boost. If you’re a new player or a returning player looking to jump into Azeroth, these are pretty sweet deals.

Outside of WoW, Overwatch is also on sale, and you can grab the GOTY edition for $29.99. The Blizzard sales end on November 27th. 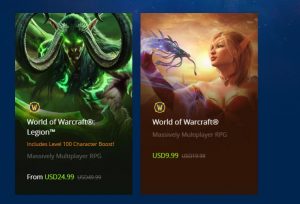 The Lord of The Rings Online – 85% off LOTRO Market expansions

In Standing Stone Game’s LOTRO, the best deals are coming from the LOTRO Market, a browser store outside of the game. You can pick up all the previous expansions such as Helms Deep, Riders of Rohan and Rise of Isengard for 85% off. That’s $3 for each, which is ridiculous. Elsewhere, Virtue Bundles are 75% off in the cash shop, while you can grab Complete Crafting Tiers at 50% off in-game. This is great for min-maxers who want to max virtues, and for crafters who need to hit full mastery.

Over at ARC and Cryptic’s Neverwinter, players can stock up on Zen with good deals this Black Friday. From Now until November 28th at 9 AM PT, you’ll be able to unlock bonus currency on the Arc Platform for the Perfect World titles! The bonus you can expect is listed in the chart below: 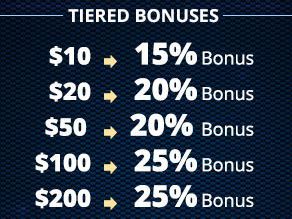 If you want to convert some of these bonuses for Neverwinter Zen, do it before the 28th for some extra gains.

In Guild Wars 2, keep an eye for daily deals in the Gem Store. There will be freebies to claim on the 23rd, 24th and 25th where you can get one free Heroic Booster, 5x free Transmutation Charges, and One free Black Lion Mini Claim Ticket. In addition to freebies, Dye Packs are 40% off if you want to spice up your wardrobe, and there’s a 20% sale for Storage Expanders which are super useful. You’ll probably want more storage as The Living World Season 4 is arriving soon, with new loot guaranteed.

In STO, the entire store is on discount. It’s that time of year once again, Captains – the Star Trek Online Black Friday sales are on! In addition to the previously announced ways you can save on all three platforms, we’re pleased to announce that from November 22nd at 8am PT to November 28th at 10am PT, all items in the C-store will be 25% off, on all three platforms! That means ships, inventory slots, duty officers and more will all be yours for the taking, Captains. Get out there and get those items you’ve always dreamed of.

In Pearl Abyss’s Black Desert Online, a ton of stuff are on sale. The biggest price cuts are to customization, and you’ll find all manner of things, from furniture, to mounts, to hairstyles on sale. Check out the link in the headline to see what’s on offer. All sales disappear on December 4th, and do remember to check the store for daily deals!

Funcom’s Secret World Legends has some excellent sales for the holidays as well. Besides most Uniforms and cosmetics going cheaply with Marks of Favor, you may be interested in the equipment boosts. Talisman, Glyphs and Weapon Anima Imbuers are all 25% off. If you’ve been hoarding Aurum waiting to buy these and upgrade your characters, this is the time to do it. The Autumn sale ends November 27th.

Overall, some great sales are happening across a lot of MMOs. Happy shopping and remember, spend wisely. Or not.