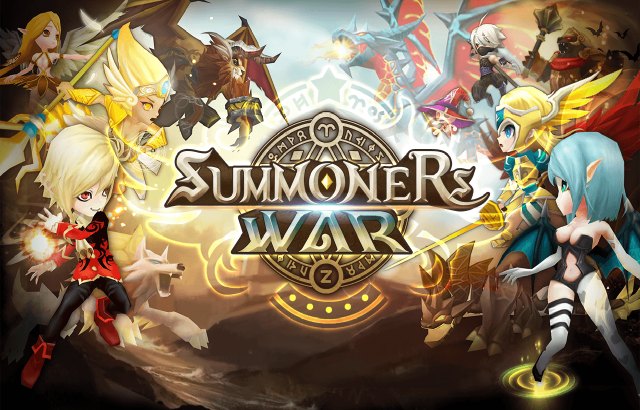 Com2uS (CEO James Song) has announced a brand new update for their global hit game Summoners War, introducing two new Monsters based on characters from Norse mythology.
Making their way into battle are Lightning Emperor and Giant Warrior, whose designs are based on the legendary King of Asgard Odin and one of his mighty ‘Einherjar’ warriors, respectively. Each monster boasts powerful skills and battle strength, for players to learn and master.

Lightning Emperor is a Default 5★ Monster of the Fire variety. Fire Lightning Emperor can be summoned by fusing certain Monsters together and is able to utilize powerful skills through its Gain Knowledge ability. Giant Warrior comes with Fire and Water attributes for its 3★ version, and Wind, Light, and Dark types for its Default 4★ version. Most notably, the Giant Warrior comes with a skill activation ability that is brand new to Summoners War.

Illustrations of both Monsters were first revealed to the public this past weekend (Oct. 27th) at Paris Games Week, with gameplay footage of the Monsters showcasing their new abilities available here.

Additionally, this new update implements a server-based ranking system which will allow players to check top ranked users who have quickly cleared the Cairos Dungeon and Rift Dungeon.