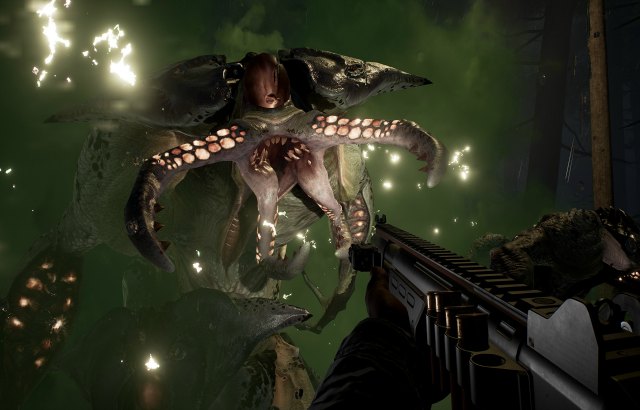 Earthfall, a brand new cooperative shooter is now out for PC, PS4 and Xbox One. The game centers around frentic pace FPS games and is a throwback to titles like Left 4 Dead.

Players will use team-based tactics to set-up choke points with barricades, land mines, and turrets. You must clear each area of alien scum to take back the Earth block by block, city by city. Survivors will arm themselves with a multitude of weapons, as well-advanced modern weaponry crafted through 3D printers found in various locations.